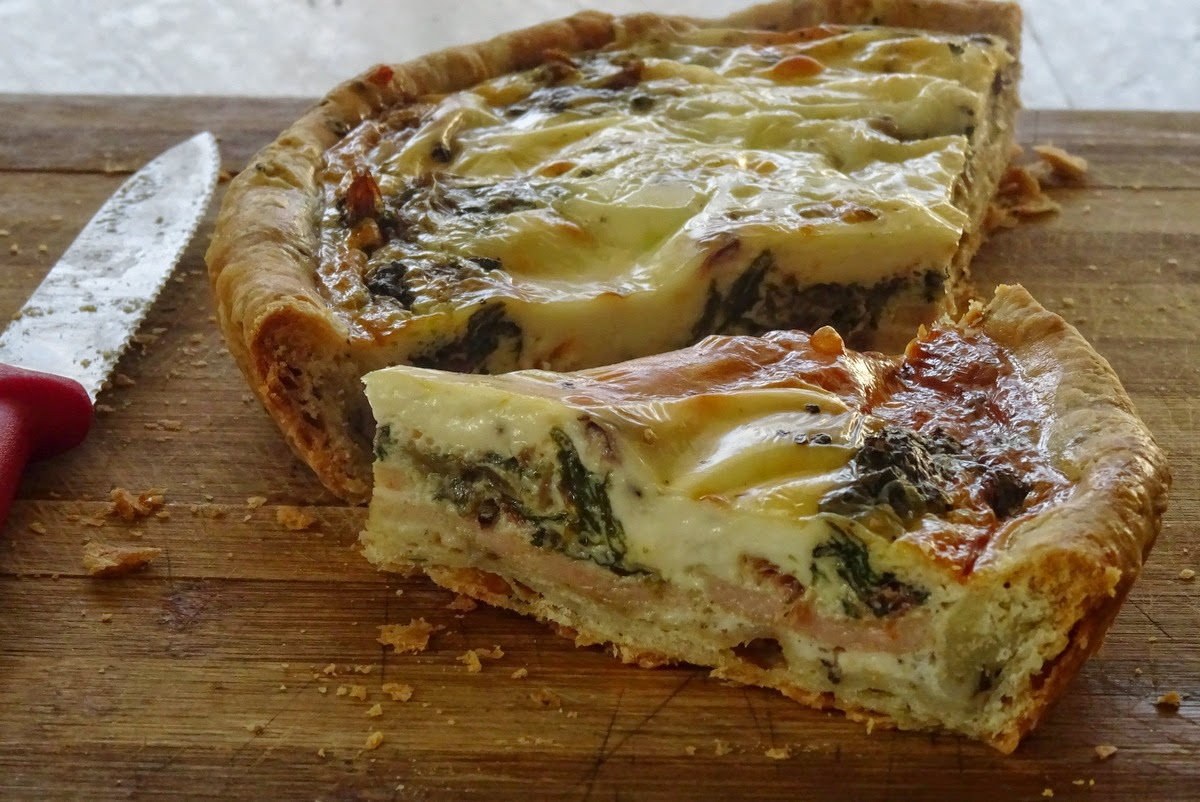 Regular visitors to this blog will know that quiche is something that I love to bake. Any fresh greens that I have growing in my garden usually go into dal, paratha and bhaji. But now that I bake quite often, quiche is a wonderful option and you just need a handful of greens if you use a 7″ or 8″ tin like me. Now that my older son is home I make it more often than before. And sometimes I send them over to friends and relatives. Like yesterday I had sent one to a friend that was made of salami and spring onions (growing in my wooden container). 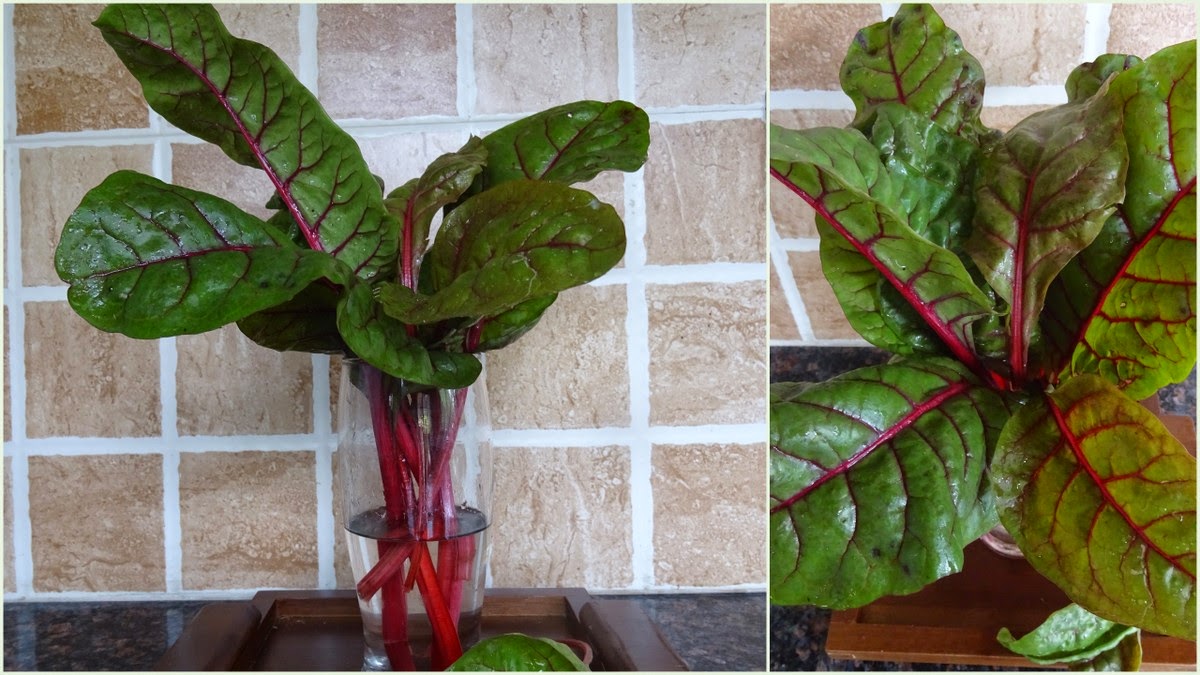 This morning I picked some chards from the three pots that I grow. Aren’t they beautiful? I had never seen them before (only seen the pictures) so when my eyes fell on them at the horticultural show, that was one of the first plants that I grabbed! This is only the third time that I picked the leaves. Apart from being so visually appealing, chards are supposed to be full of nutrients. From now on, like tomatoes, they will be a part of my home-grown produce every year. 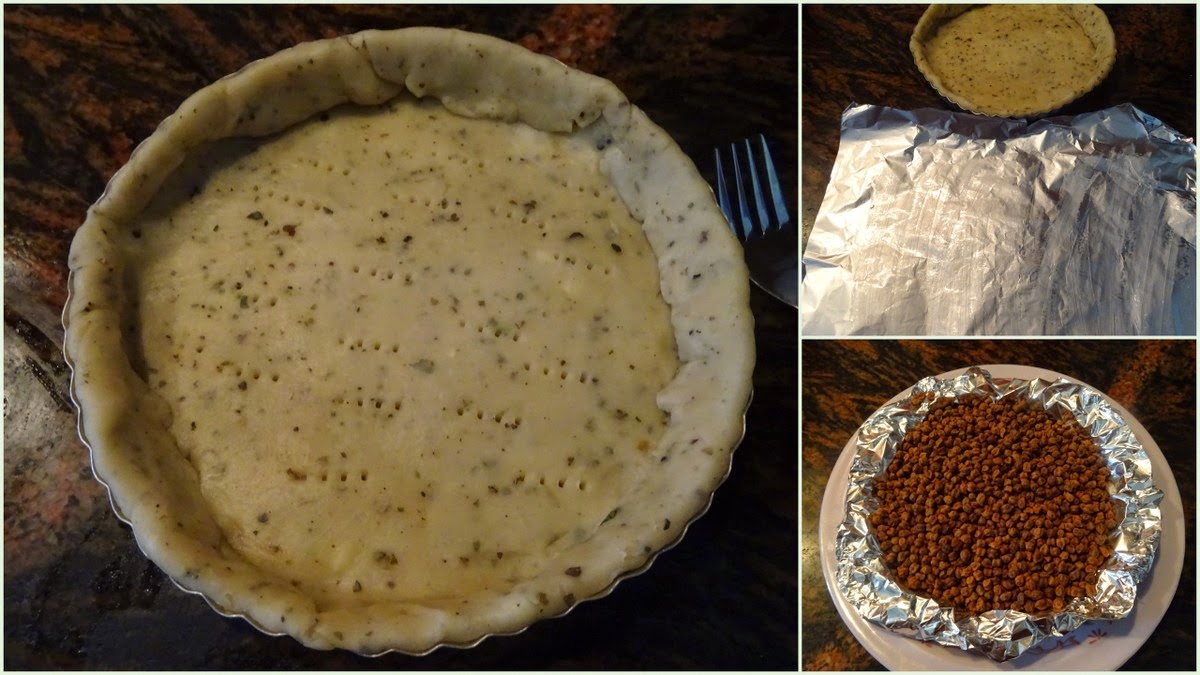 I  had the savoury pastry dough ready, left over from yesterday. I had used about two tbs grated cheddar, a quarter tsp pepper, 1 egg and 1 tbs of dried oregano to make the dough. I rolled it out and placed it on the lightly greased tin. The overhanging dough was folded inwards giving the crust a double edged border. Then I used a fork to prick all around the circle. A piece of foil was dutifully buttered and the buttered side was placed on the tin. I filled it up with baking beans and left it to rest in the fridge for about 30 minutes. 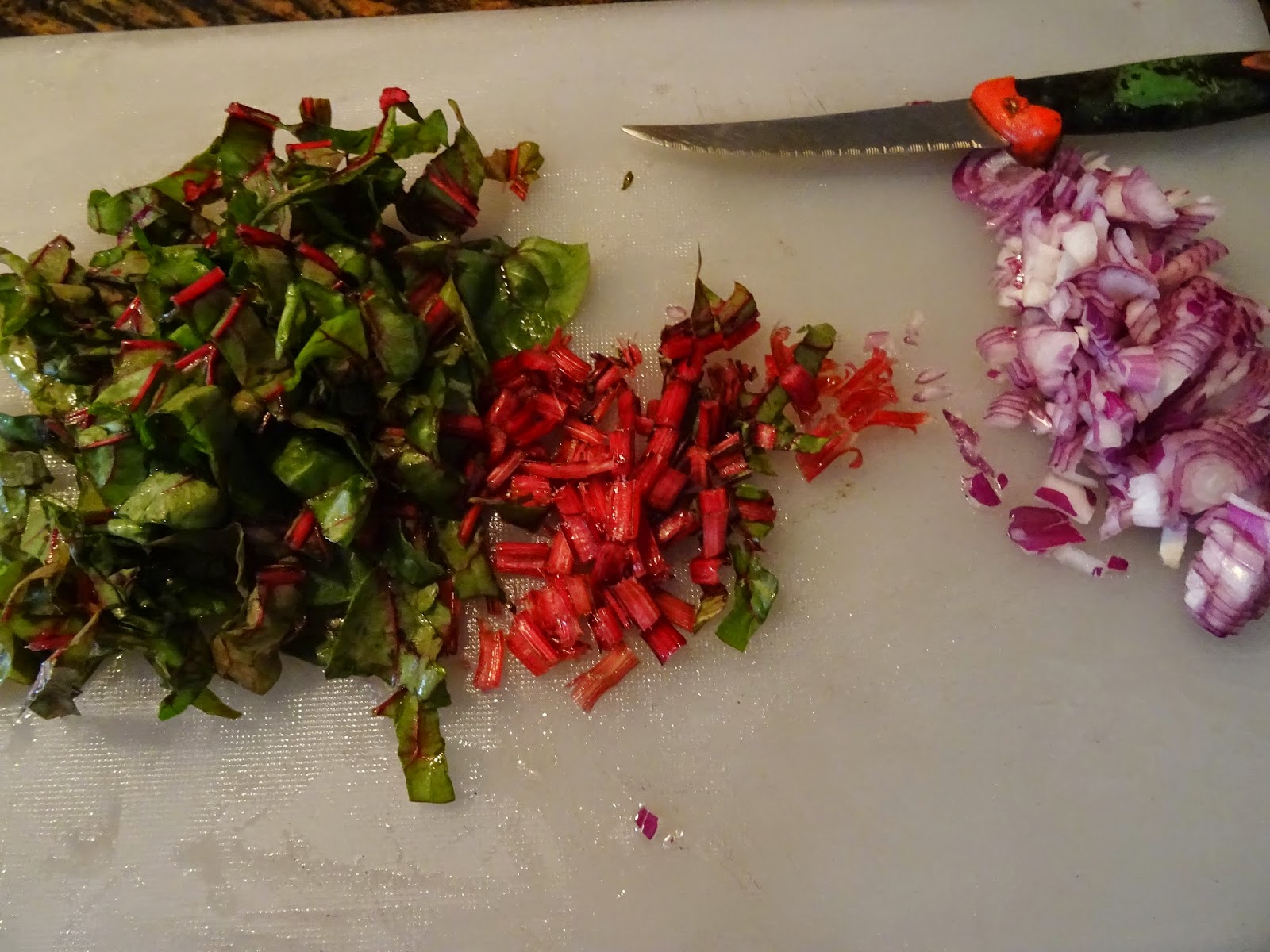 Meanwhile I chopped up an onion and the chards. Then I fried them up in a bit of olive oil. The seasoning was pepper and salt. Went easy on the salt because of the cheese that I would add later. The chilled pastry shell was taken out and baked in a preheated oven at 180C for 10 minutes. 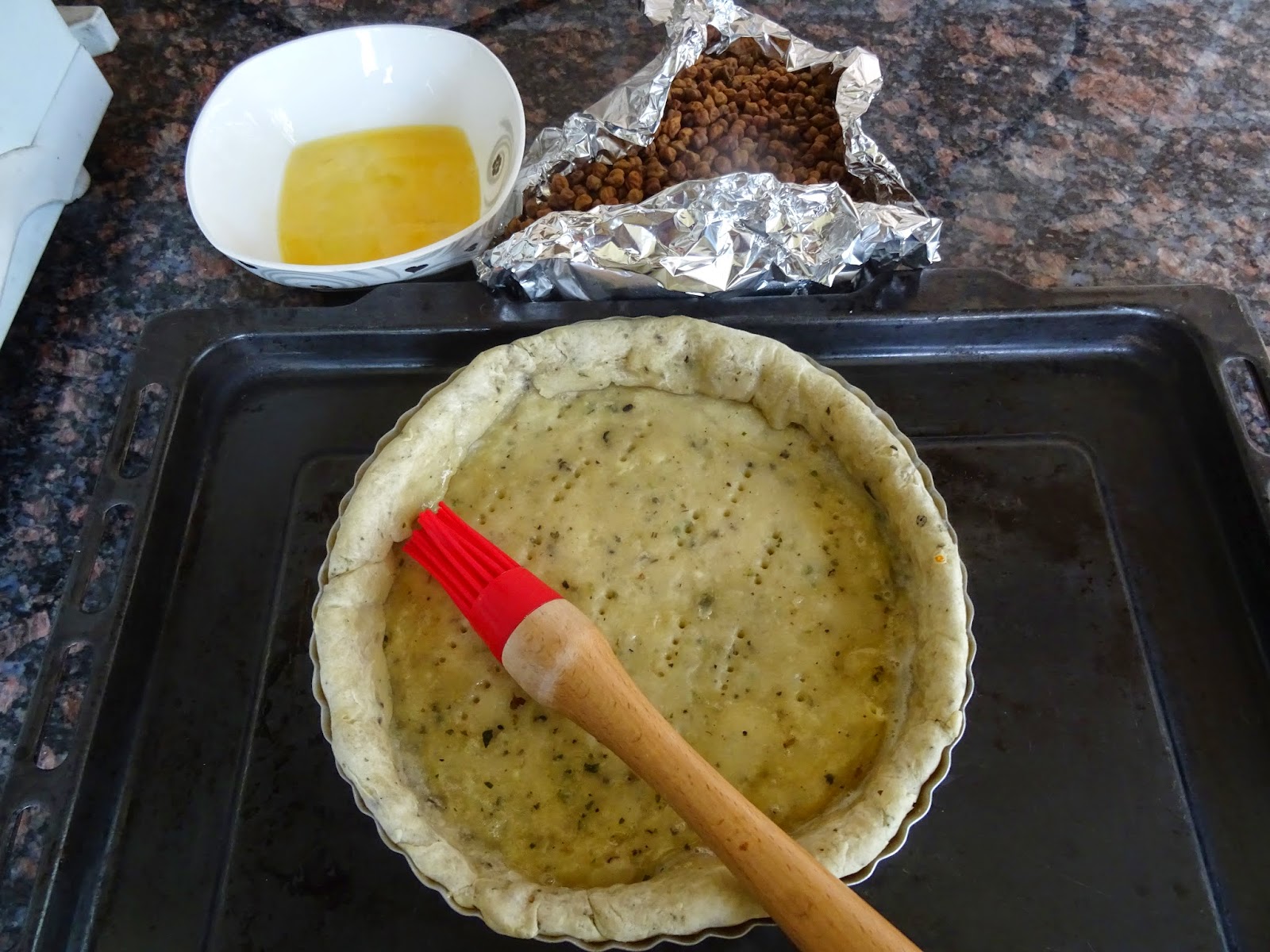 Then it was taken out and the foil/beans/were removed. The pastry was brushed with one beaten egg and it went back into the oven for another 12 minutes. 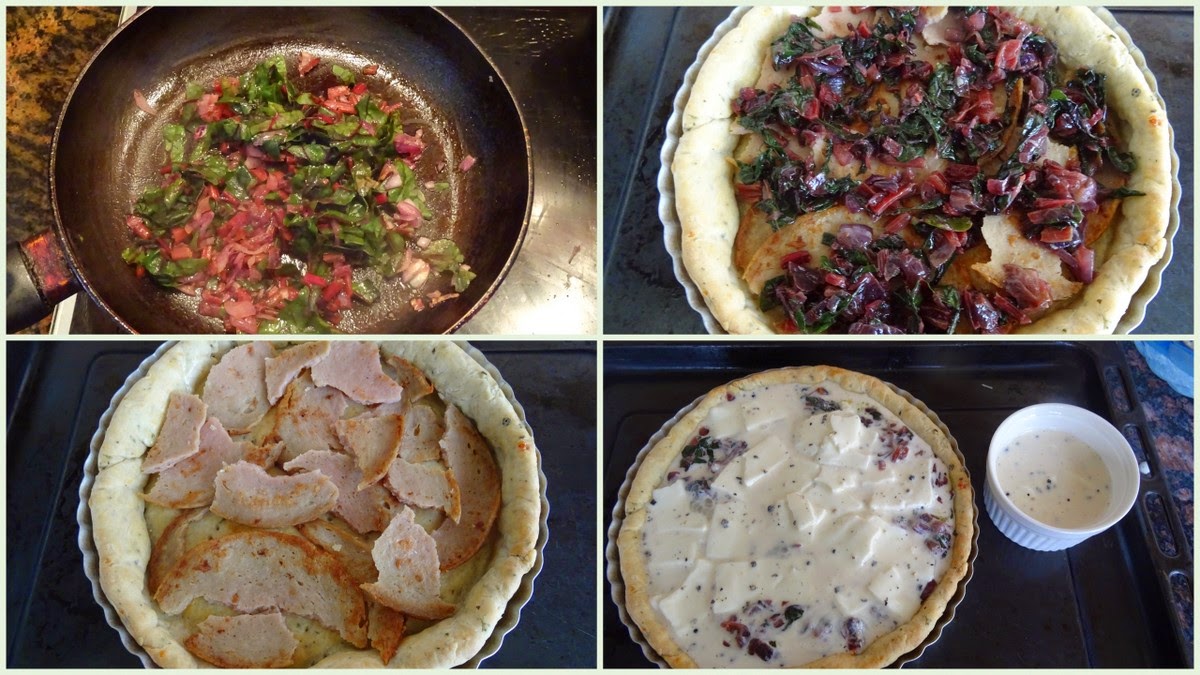 I let  it cool down a bit before adding the other elements. The salami which I had lightly fried earlier, was torn into pieces and placed in such a way that every wedge would get some of it. Then the fried onions and chard went in followed by the mix of two eggs and the one that was used for the egg wash with 150 ml of cream. More pepper was added here. Then I took four cheese slices and added them after tearing them up to bits. This was poured into the shell and baked for nearly 30 minutes at 180C. The little bit of egg/cream/cheese mixture that remained was poured into a greased ramekin and baked. It’s like an inexperienced cook’s souffle but I don’t mind the taste. It didn’t go to waste! 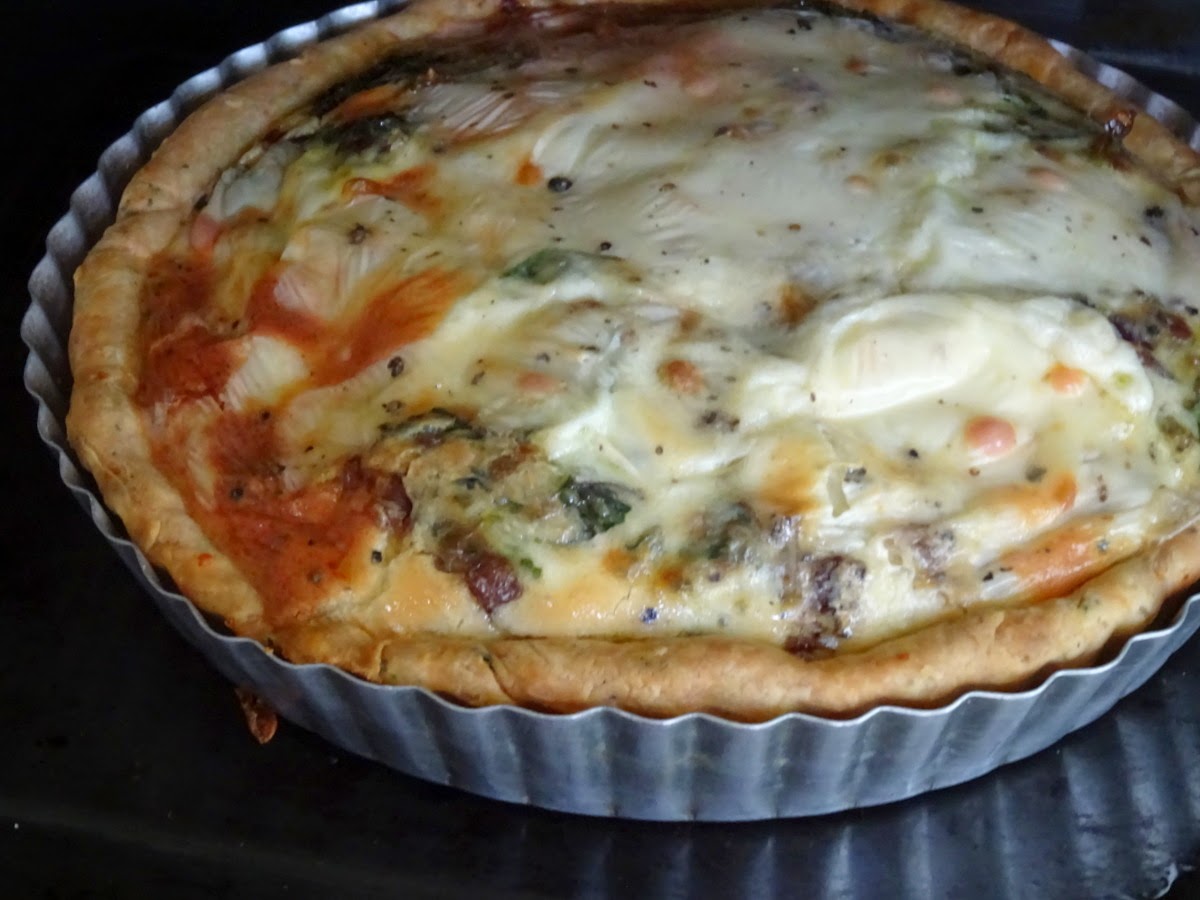 It came out looking like this and filling the house with the wonderful smells of baking. Looks like I’ll be baking another one…soon!:)