For years, March was a season that wasn’t part of any travel plans. Exam fever came on full blast and whatever travel plans were made, they were all  after the school exams were over. But with the boys no longer being boys, March isn’t to do with being immobile! And so one windy day last week with the plane swaying and the pilot assuring us we are in safe hands I landed in Delhi again. I was lucky to get a window seat with a wonderful view of the snowy Himalayas glistening in the afternoon sun. Ever since my sons came here to study after their school-leaving exams, this city has become my second home. I come only twice or thrice a year but every stay lasts about a month or so. After the humid weather at Guwahati, it was pleasant in the rickety taxi that I took at the airport. All along the road spring flowers were in bloom. The air was cool with a slight hint of rain. Certainly not a sight when I visit, usually. Mostly it’s like being unceremoniously thrown into a furnace! 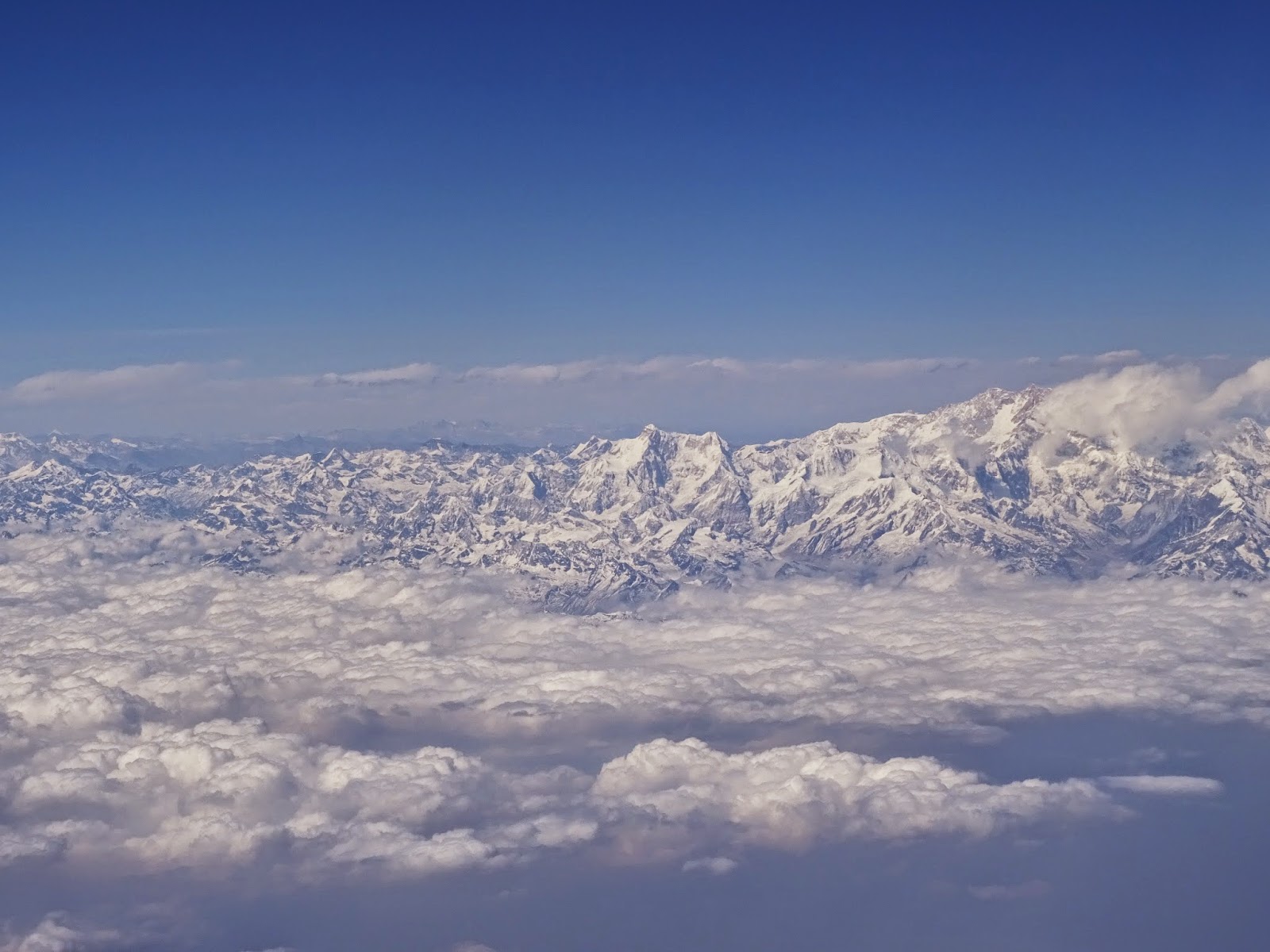 But there was a reason too for my visit. My younger son was suffering from terrible knee pain. He’s studying here and is also a drummer. He also teaches drums to several students. His condition has been diagnosed as chrondomalacia patella and he is on medication/physiotherapy. He is recovering now but needs to rest for maybe several months.
And I did cook some wonderful meals.:) Nothing exotic but mostly nutritious and wholesome. There are many that I did not photograph. More like enjoying the moment and not handling the camera too much.:) The ingredients available here are amazing. And I go crazy seeing the goodies in stores like Nature’s Basket,Modern Bazar, Le Marche and INA Market.

With the transition from winter to summer, this is the season for a parade of blooms. One afternoon I headed to the Garden Of Five Senses just to take a look at the flowers blooming there. The primulas, geraniums, carnations, hollyhocks, asters, dahlias, nasturtiums and some more whose names I do not know, were a sight to behold. Apart from the blooms there were also many birds. I did capture some of them. Other gardens must be more spectacular than this one but I did not want to venture too far off on my own.

Coming back to my keema pulao, we had it with a spicy okra dish and a simple salad of tomatoes, onions and green chillies. This is for 4 servings.
The rice and the vegetables:
Wash 1 1/2 cups basmati rice and drain in a colander.
Prepare the vegetables. Shell the peas and peel and dice the carrots. Set aside as you cook the meat. I used two medium carrots and half a cup of peas.
The Keema:
300 grams keema
3 large onions
A mix of whole crushed spices like cardamom, cinnamon and cloves
2-3 Indian bay leaves
1 thumb-size ginger, grated fine
6 cloves of garlic, crushed and chopped
A quarter tsp ground black pepper
Red chilli powder as per taste
1 tomato, chopped
Salt to taste
A quarter tsp garam masala powder
A handful of raisins, washed and patted dry
Olive oil, about 4 tbs
Hot water to be used later for the rice. 1 cup of rice will need nearly 2 cups of water.

Heat the oil in a heavy-bottomed pan.
Throw in all the aromatics. Add the onions and cook till they change colour.
Add the keema and stir. The ginger and garlic can go in now.
Keep cooking and add the rest of the ingredients except the raisins.
Cook for another 12-15 minutes.
Add the rice and stir gently. Then add the prepared vegetables. Stir again taking care that the long grains do not break. Add the raisins.
Pour the hot water and keep the lid on. Once the liquid dries up, keep it on a low flame for another 5 minutes or so.
Before serving, fluff the rice with a fork.
This was one of the most satisfying meals I have had in a while. I had wanted to make this pulao for a long time but it didn’t happen. And when it did, it was so good. The measurement used here is enough for four servings.