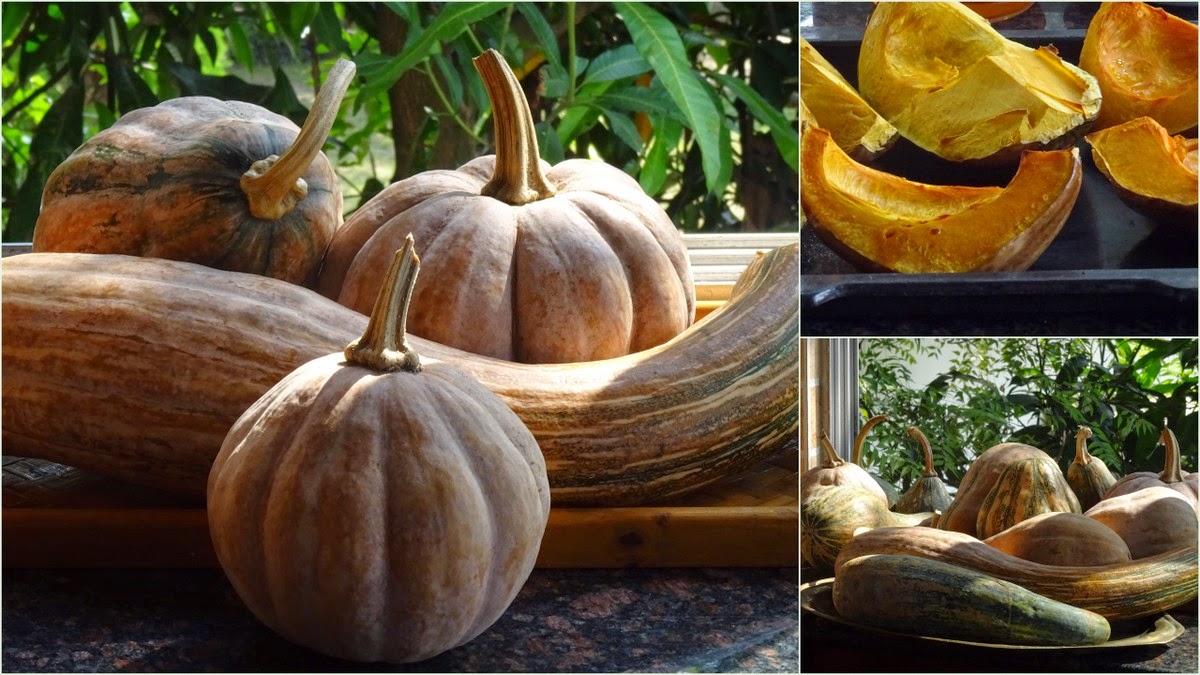 It’s raining pumpkins now. Particularly in the hilly areas of our state. Pumpkins are planted during the summer months and are ready to be harvested by September onwards. Planting seasons vary slightly between hilly and plain areas which is why fresh pumpkins are available throughout the year.

Recently we had gone on a short trip to my ancestral village where we bought several and also got this humble vegetable as gifts. A wonderful addition to vegetable curry, with meat, and also with pulses and soups, I’m adding them to a whole lot of dishes and there might be quite a few posts with this versatile vegetable. 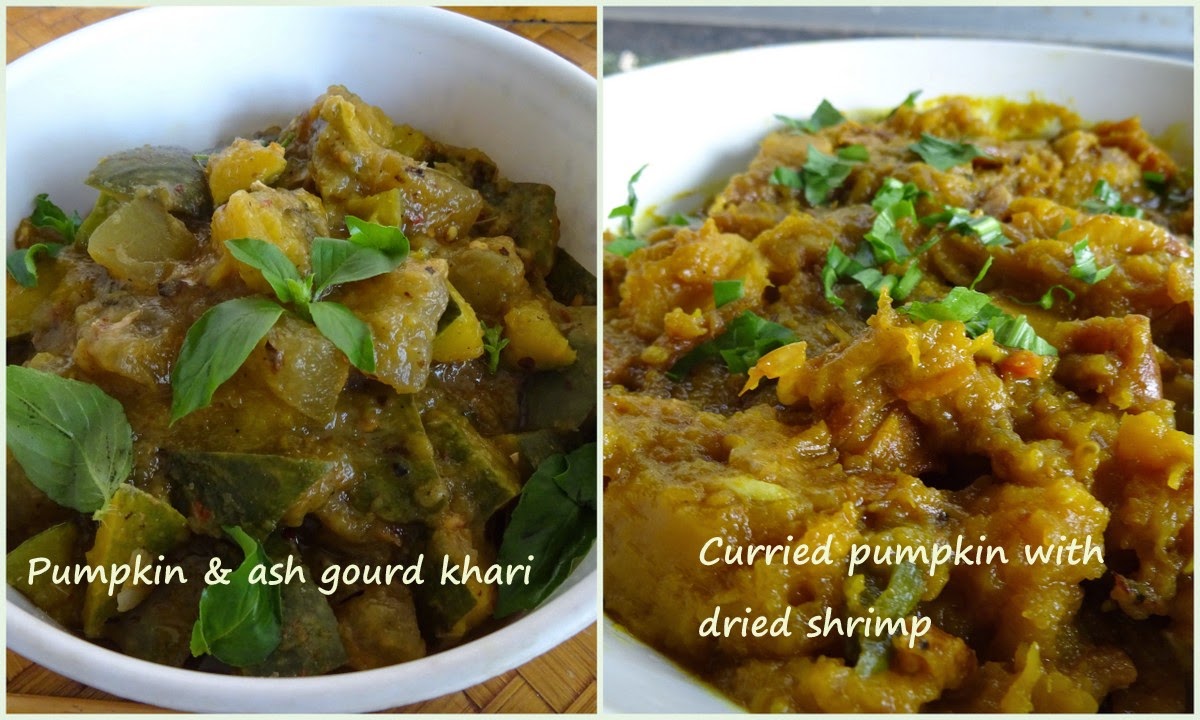 I first started with our favourite khari and also teamed it up with dried shrimp that we polished off with sticky rice. Later some generous chunks were roasted in the oven and made into a few delights like….. 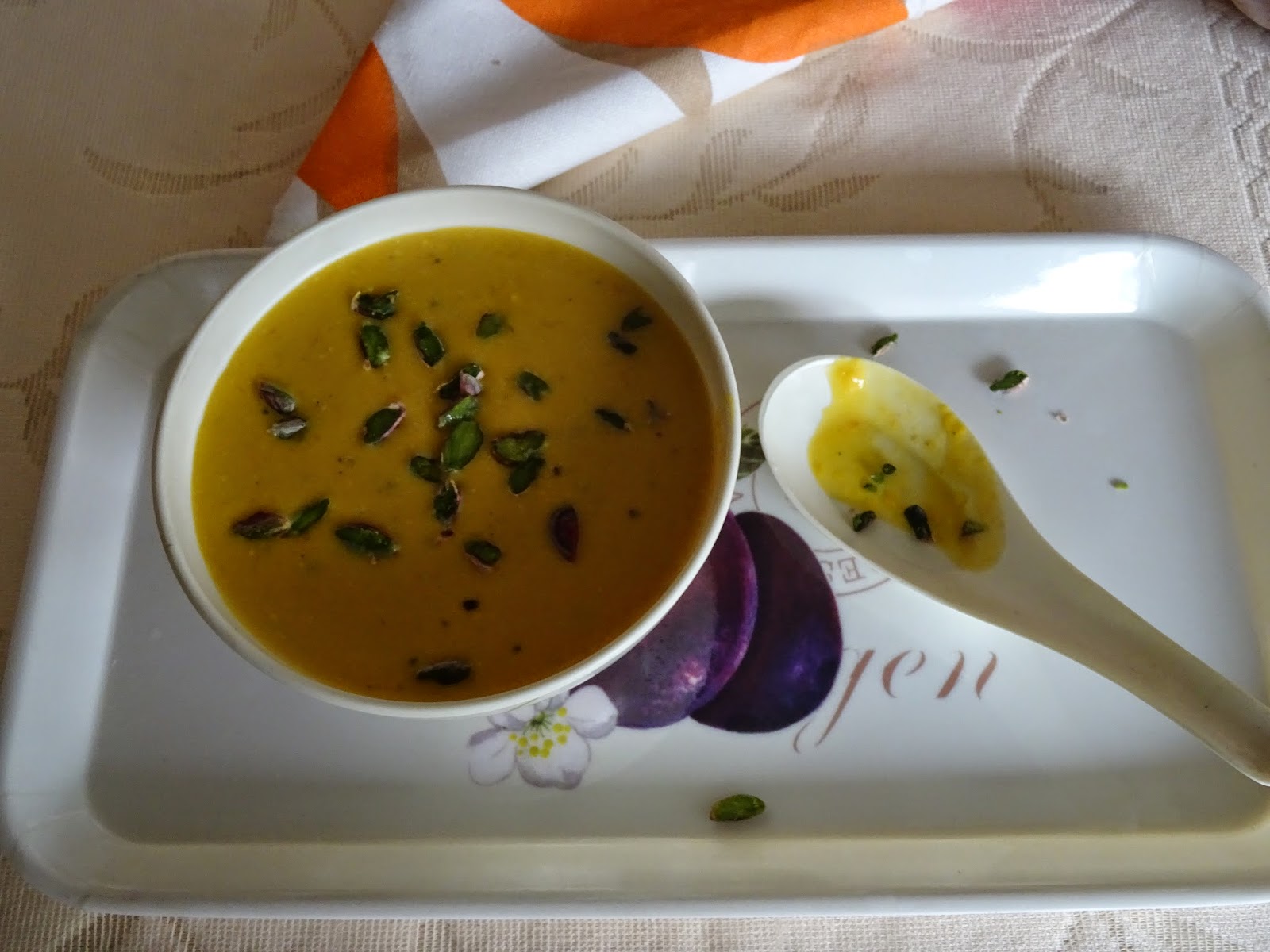 …a very creamy pumpkin soup with chicken stock. Toasted and halved pistachios added the final touch to this delicious soup that we had with freshly-baked bread. 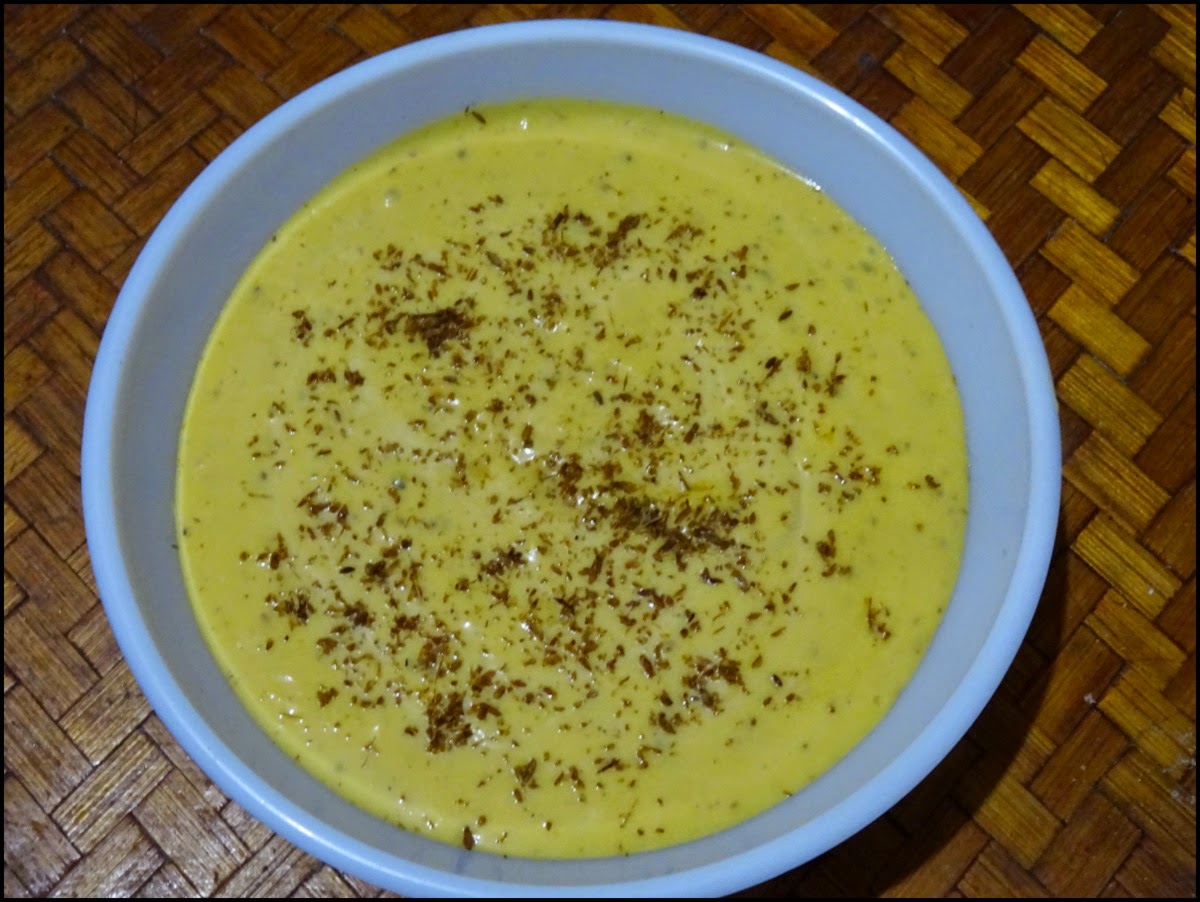 Another creamy concoction was this roasted pumpkin raita. Raita is made with yoghurt to which the fruits or vegetables are added. They may be cooked (bottle gourd raita) or raw (as in cucumber raita). The variations are many. Toasted and roughly pounded cumin seeds add a wonderful flavour to this dish. The other ingredients that go in are chopped or ground herbs, chilli powder, sugar and salt. This raita accompanied the chicken biryani I made the other day.

I added some of the mashed roasted pumpkin to the dough and made parathas. We had them with curried French bean seeds. These seeds are usually made into dal throughout the winter months. Another favourite food of our region. 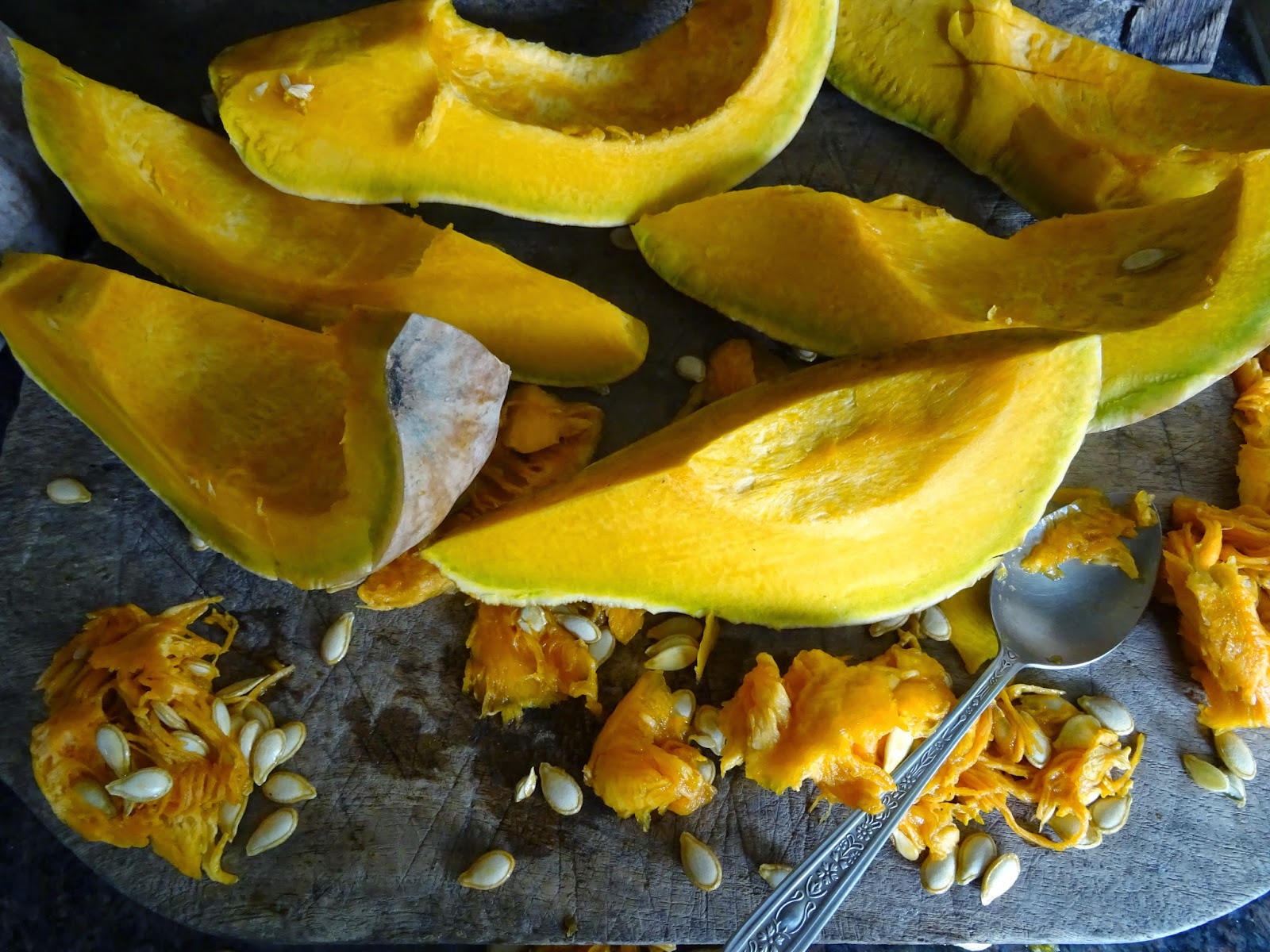 I have not included detailed recipes in this post. I am still experimenting and trying out pairings I hadn’t tried before. Watch this space for more!:)