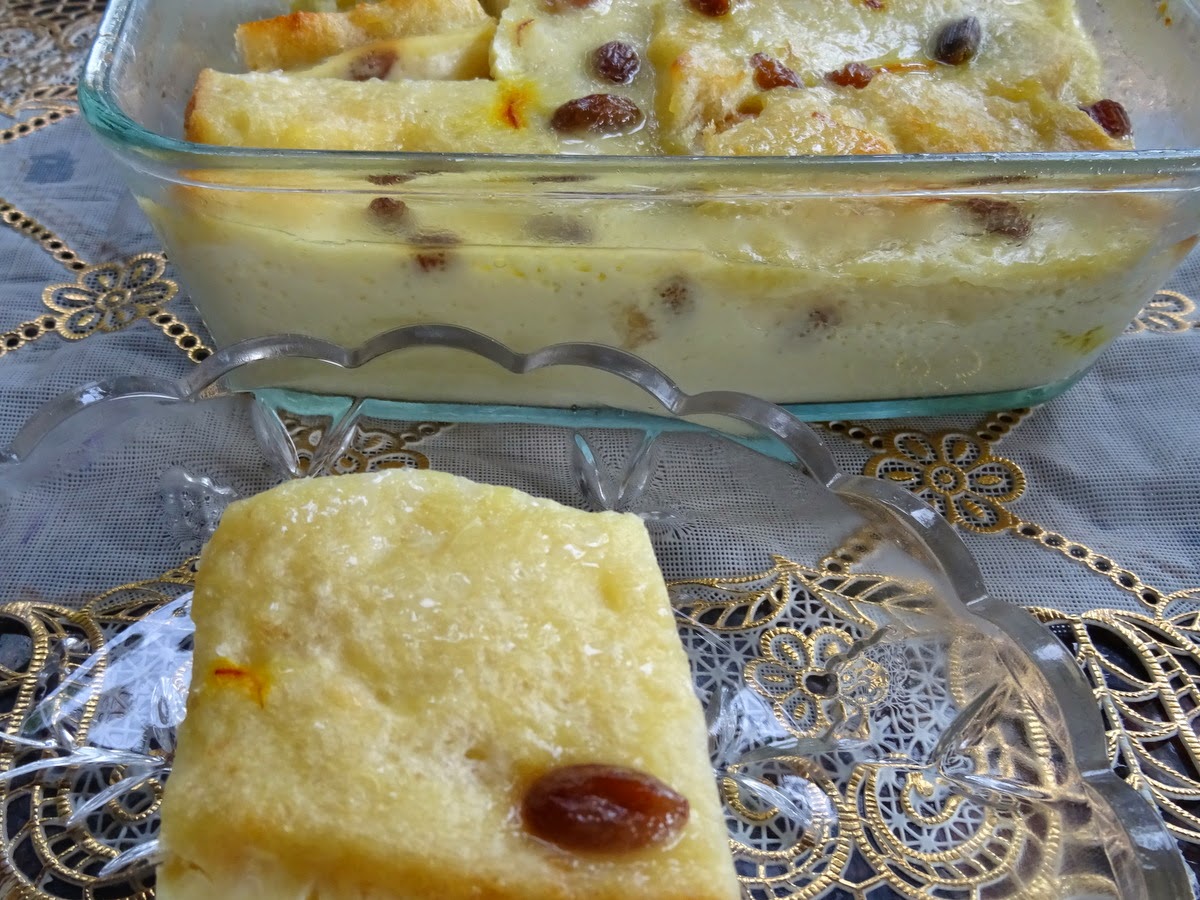 If you love a hint of cardamom and saffron in your desserts, you’ll love this bread pudding. I usually make the regular bread pudding but the other day I spiced it up. The idea came from watching a new food show on TV (The Incredible Spice Men) where two Indian chefs open up a world of spices. I didn’t see the entire show but it was enough to inspire me to make this dish. 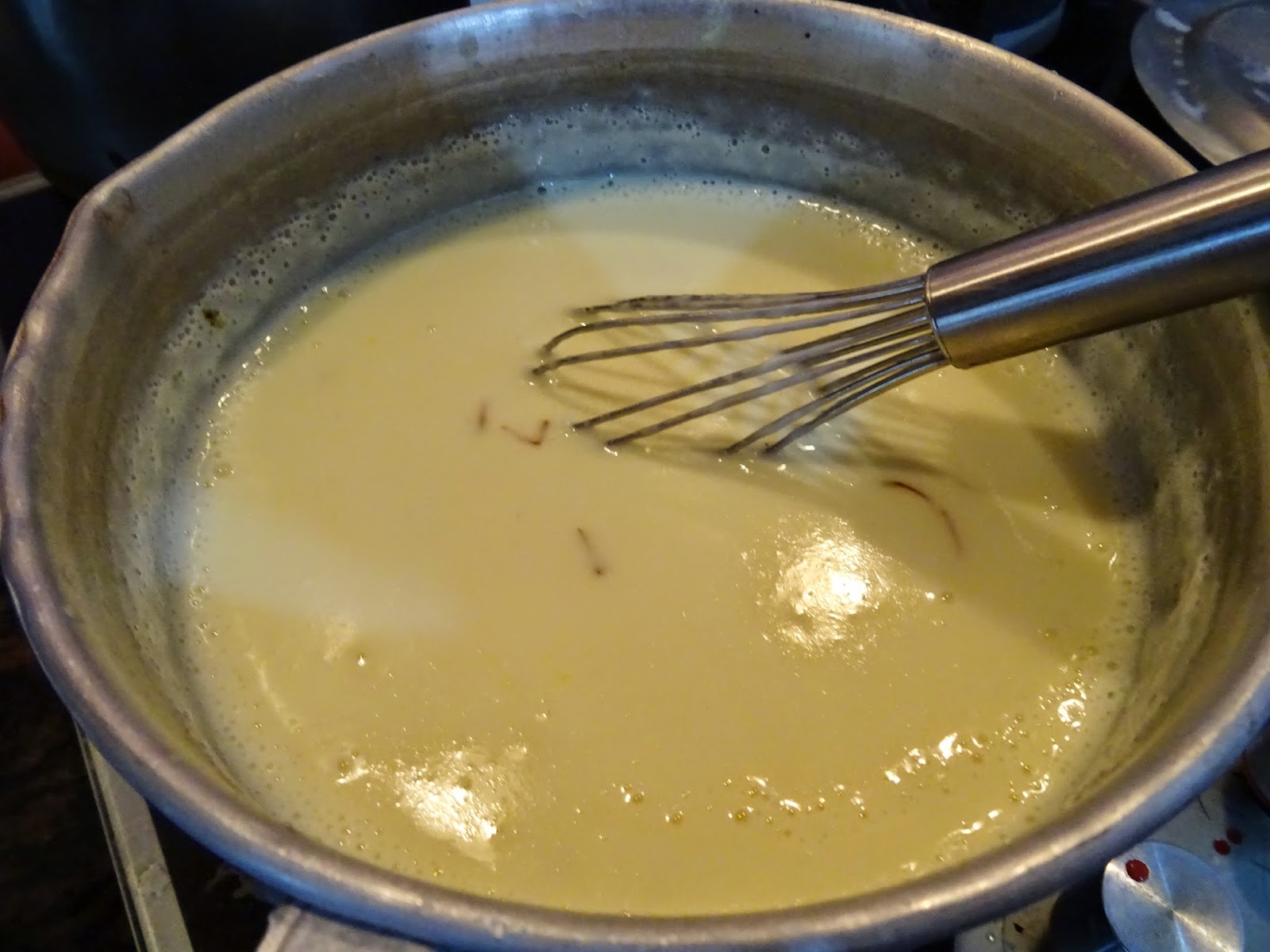 I  reduced one and a half litres of milk and threw in 5 bruised cardamom pods and a few Indian bay leaves for the infusion. Later the milk was strained and made into custard with the addition of 5 whisked eggs and sugar. A few strands of saffron soaked in a bit of warm milk were added to the custard. 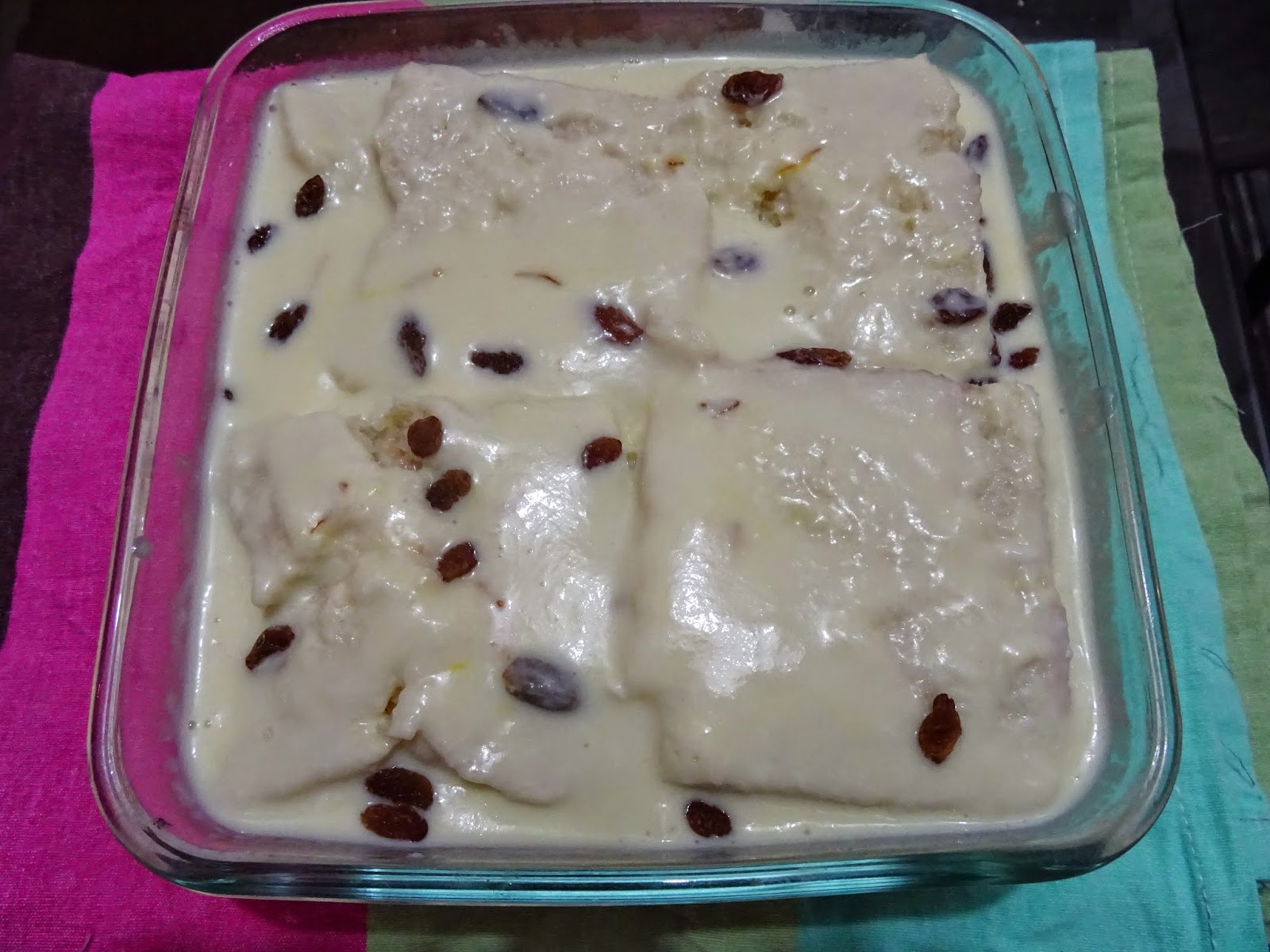 12 slices of bread were buttered on both sides (after removing the crusts) and placed on the baking pan. Then the cooled custard was poured over the slices. With the help of a butter knife I lifted each slice making sure that the liquid went into each layer and space. I washed a handful of raisins and patted them dry with a cloth. These were scattered all over the top and into a few nooks and crannies. Then it rested for two hours to soak in the goodness of eggs and milk and sugar. Then it went in a preheated 180C oven with the top covered with greaseproof paper. I poured some warm water in the oven tray and baked it for about 30 minutes till the top was slightly brown. 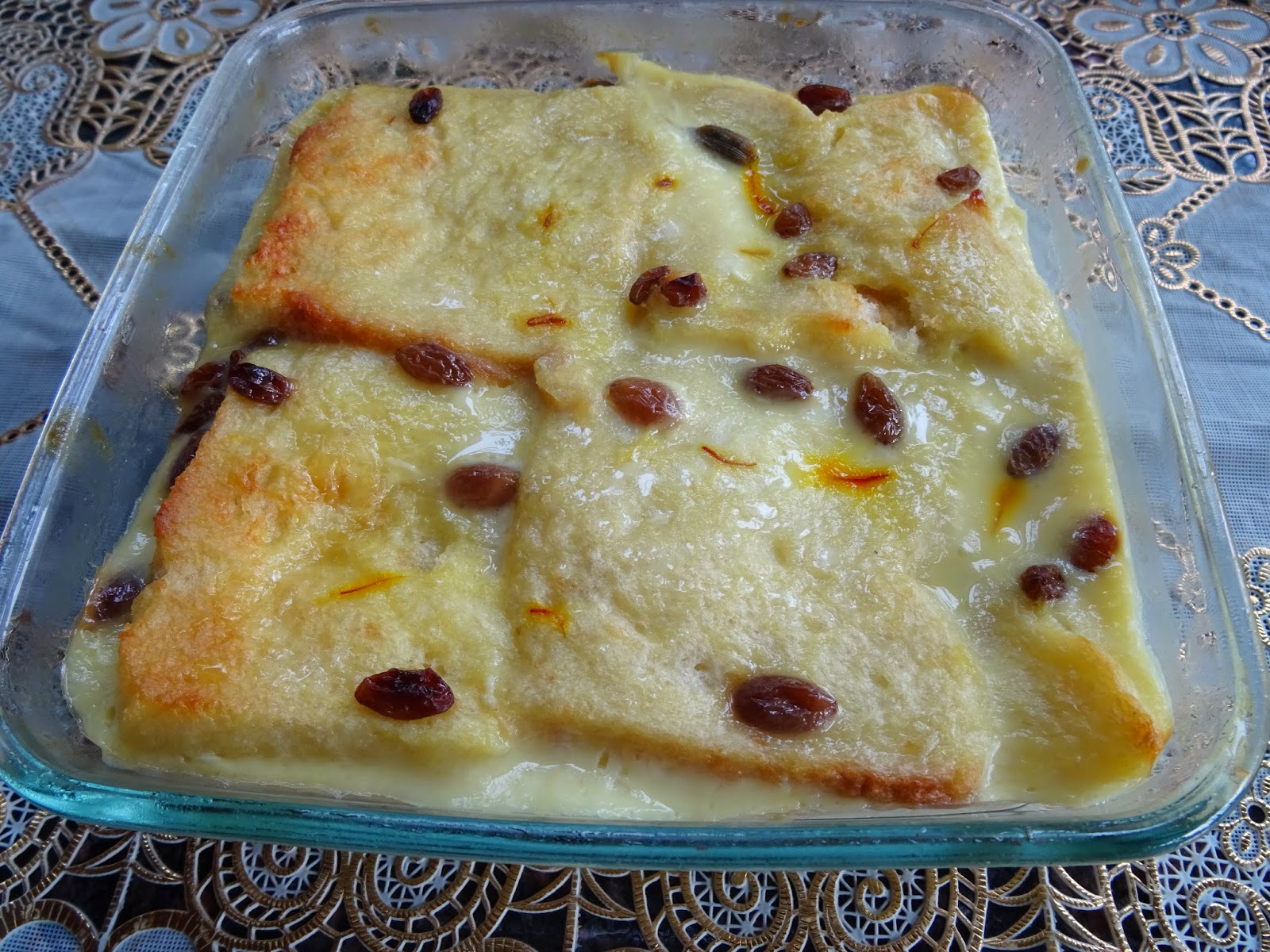 The layer looks uneven but it didn’t matter. As I cut it after it had cooled a little, the taste was really good with just a subtle hint of spices. It did remind me of having a mithai but the feeling was lighter. My niece said that it was like having a cheesecake.:)
Thank you for stopping by today. I hope you check out my Facebook page too!