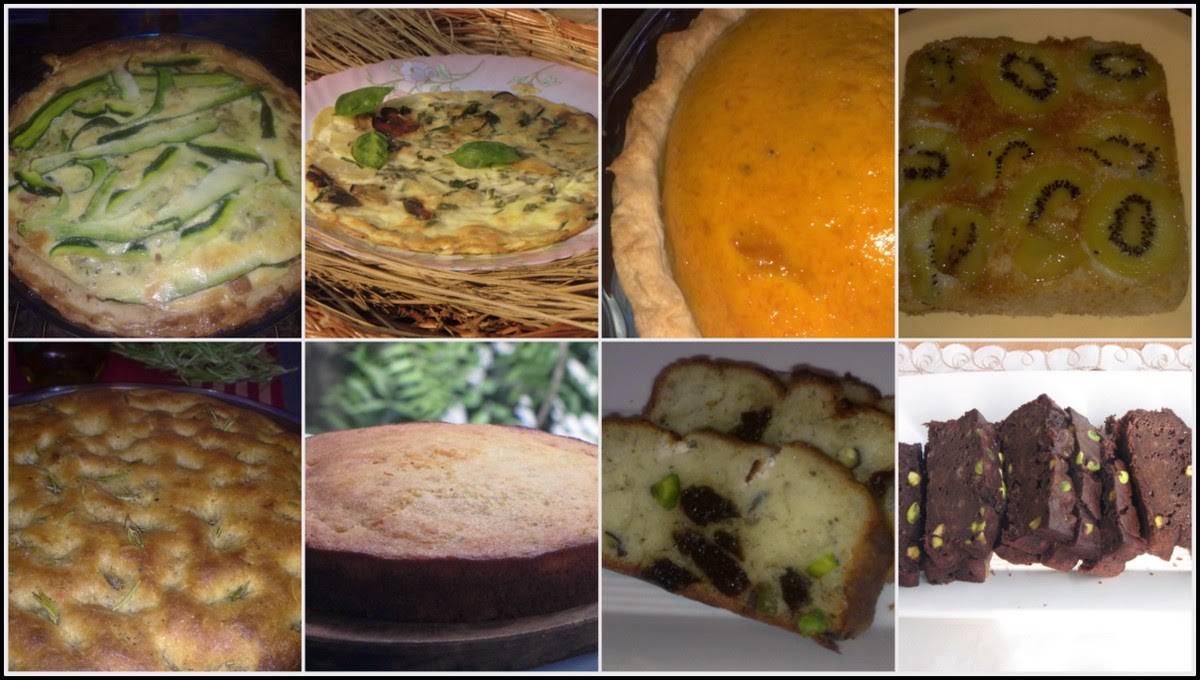 Some goodies somehow do not make it to my posts!! I have included a few in this collage. Top (from left)…a) zucchini quiche b) potato & eggplant frittata c) pumpkin pie d) upside down kiwi cake.
Bottom (from left) a) focaccia with rosemary b) banana cake with over ripe home-grown bananas c) savoury cake with prunes, pistachios and goat’s cheese d) banana, chocolate & pistachio cake.
No recipes today as I’m packing/putting away stuff and getting ready to go on a holiday.

It’s time for me to take another break from blogging as I’ll be away for the next two weeks. This time we are headed to China. My husband happens to be a harmonica player and he has been attending the Asia-Pacific Harmonica festival held every two years. The first one that he attended was in Singapore in 2010 and the second was in Kuala Lumpur in 2012. This year it’s in Hangzhou in eastern China.

When my husband was in Singapore he asked one gentleman for directions. Mr. Fu, for that was the gentleman’s name not only told him but also invited him to lunch at a restaurant where some other members of his family also joined later. The kindness of a stranger…thinking about Singapore always brings this incident to mind.
I haven’t accompanied him before as attending any festival can be so hectic but this time we’ll seeing a bit of China as we’ll be flying to Beijing and then to Shanghai before getting to Hangzhou. I hope everything goes well and hopefully I’ll get plenty of pictures and inspiration for a great number of posts.
Thank you for stopping by today. Hope you all have a great weekend!