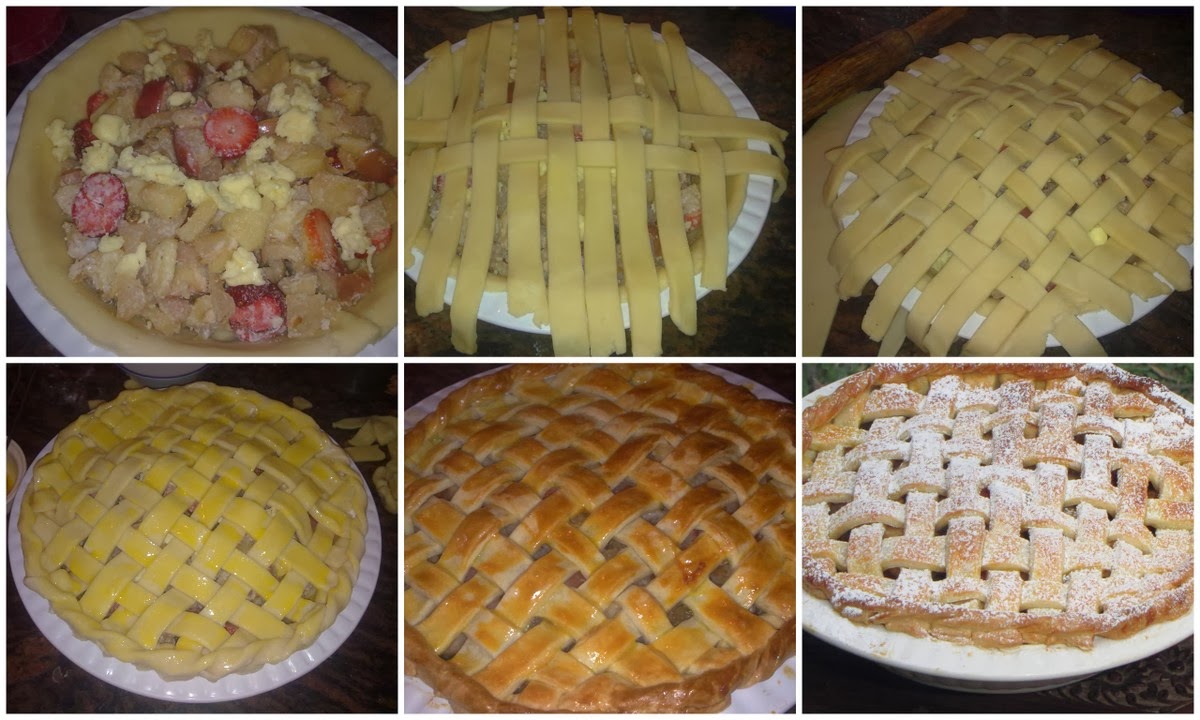 Yesterday was my sister’s birthday and instead of a cake I baked a mixed fruit pie for the occasion. And my new pie dish had arrived from Zansaar. Hmm, did I really need a reason?? I have a fascination for pies particularly for lattice tops. It’s such a joy to create them. Although I don’t generally use sugar in the pastry dough, I made this a little sweet with the addition of icing sugar. The mix of fruits that went into the filling were four apples, two pears and seven strawberries. The pears and apples were cooked with a tablespoon of sugar till they were soft but not mushy. A teaspoon of vanilla extract, some grated nutmeg, brown sugar, cinnamon powder, grated lemon rind, some lemon juice, and a mix of powdered biscuits and cornflour  were added to the fruit mixture. The filling was dotted with butter before the lattice top was created. The pie was brushed with the yolk of one egg before it went into a 200C oven for 15 minutes. Then I brought it down to 180C and baked it for another 20 minutes. By that time it had turned an even golden brown. Before serving the pie it was given a generous dusting of icing sugar and we all had it with dollops of vanilla ice cream. 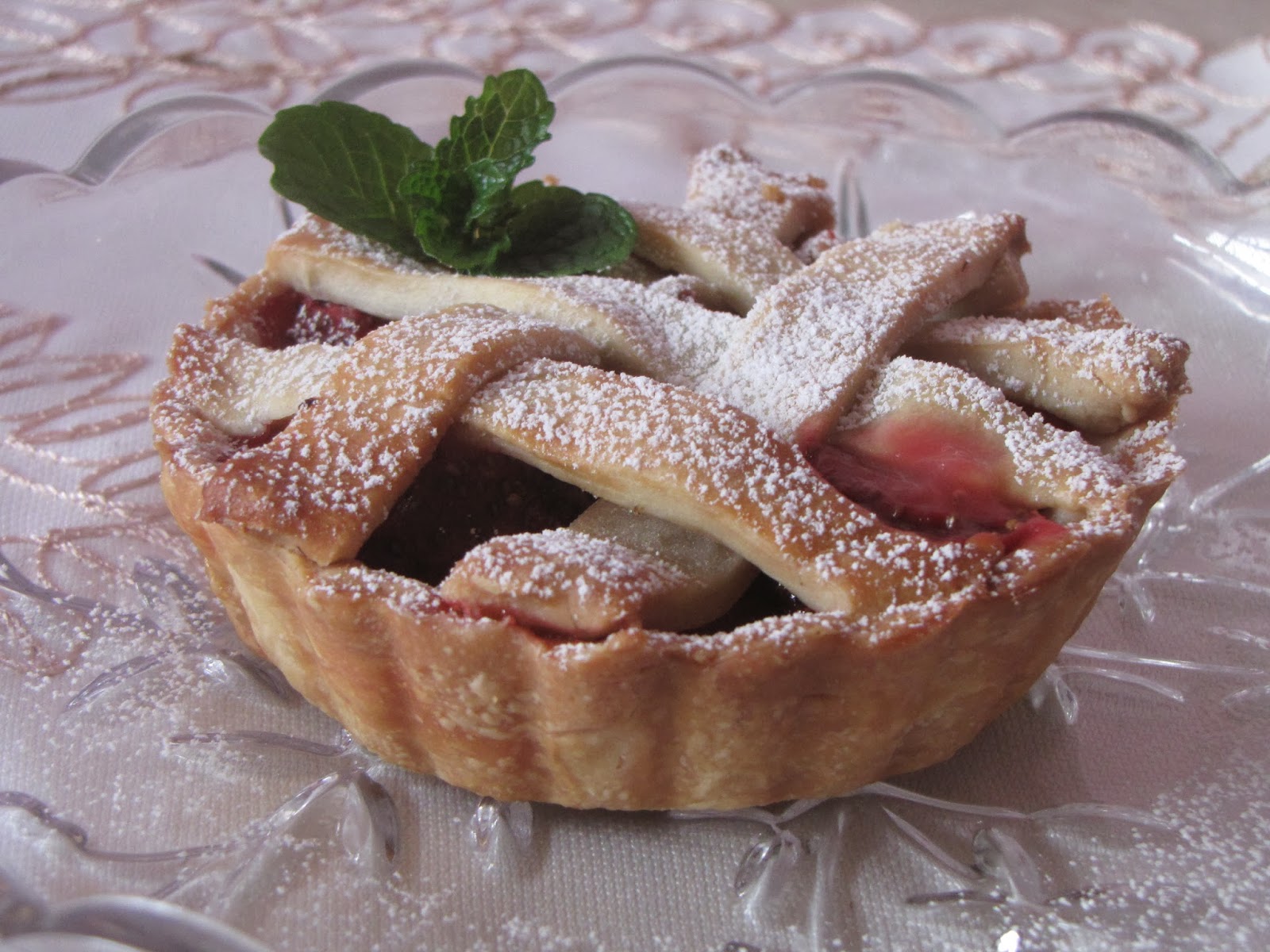 And with the bit of pastry dough that remained in the fridge my husband and I had strawberry pies for tea. Worth the effort. Totally!