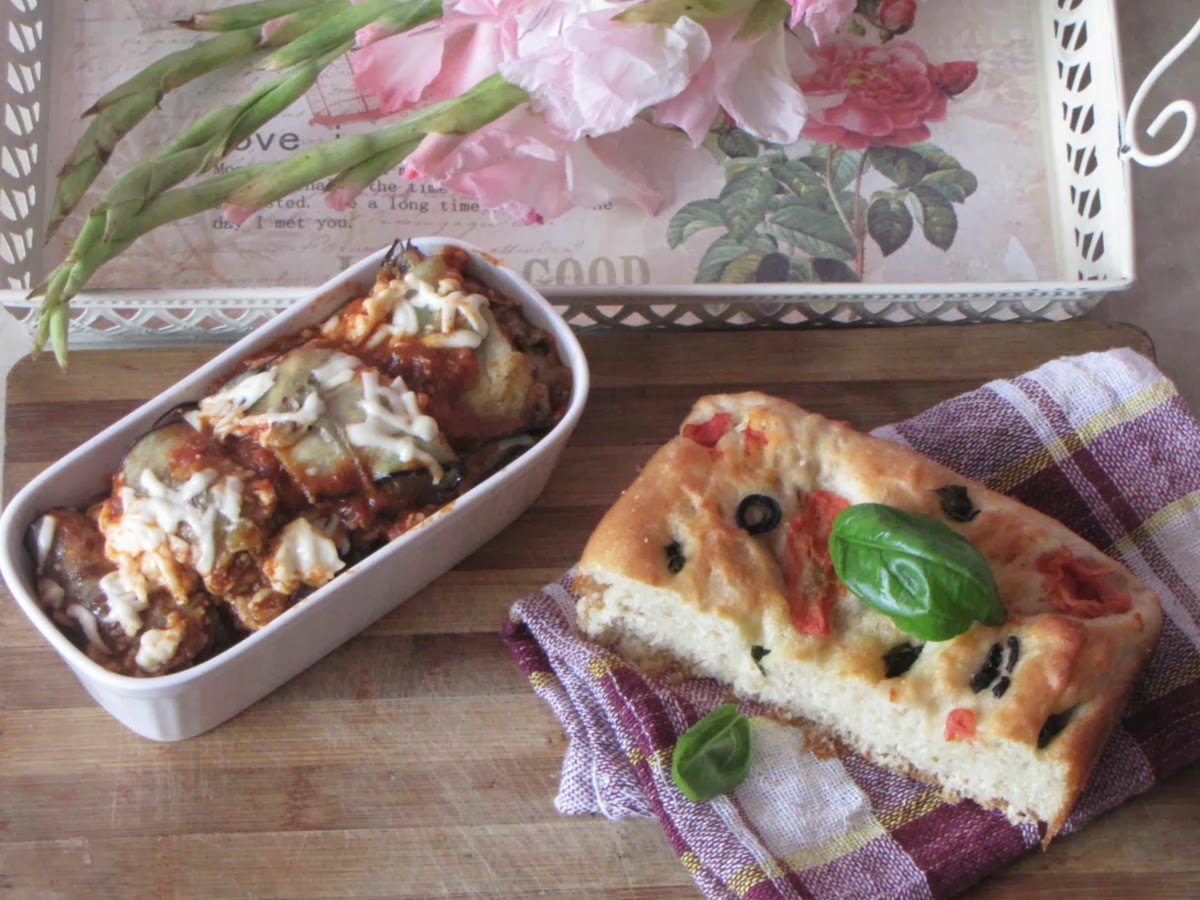 Eggplants or brinjal, as they are commonly known in India, must be next to potatoes when it comes to popularity. We have them in quite a variety of ways: fried in chickpea batter with a sprinkling of spices, roast them and mash them or add them to curries. But I also enjoy having them wrapped in a filling of cheese and raisins with a light sauce of tomatoes.
My tiny backyard patch has three plants and one looks promising (see the plant in the collage). And this recipe needs just one of a medium-sized vegetable as they are thinly sliced so it’s enough to feed three to four people. 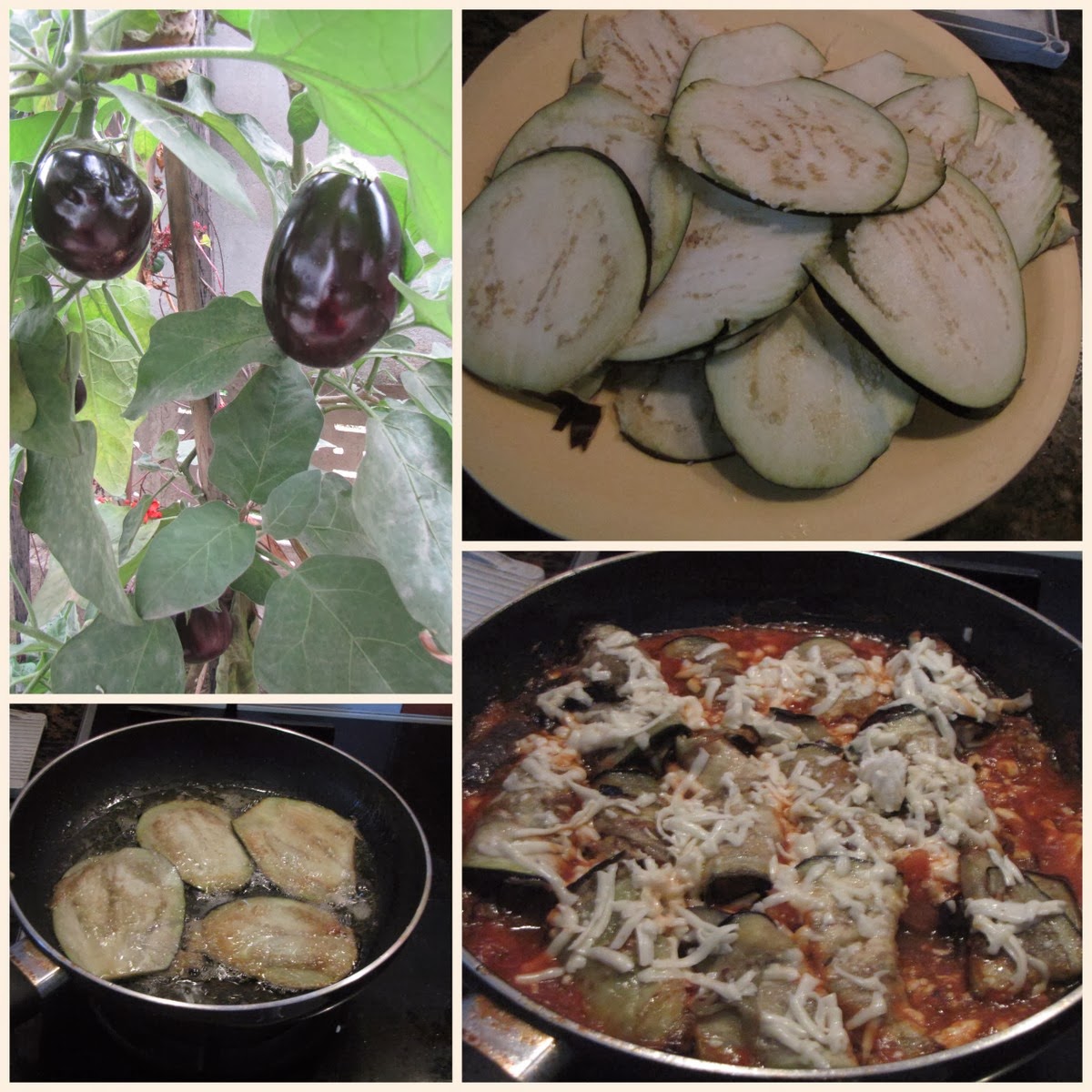 The collage shows in a clockwise direction…a) the plant with the fruits b) the sliced vegetable c) the rolled veggies on a bed of tomatoes d) being fried after dipping them in beaten egg. 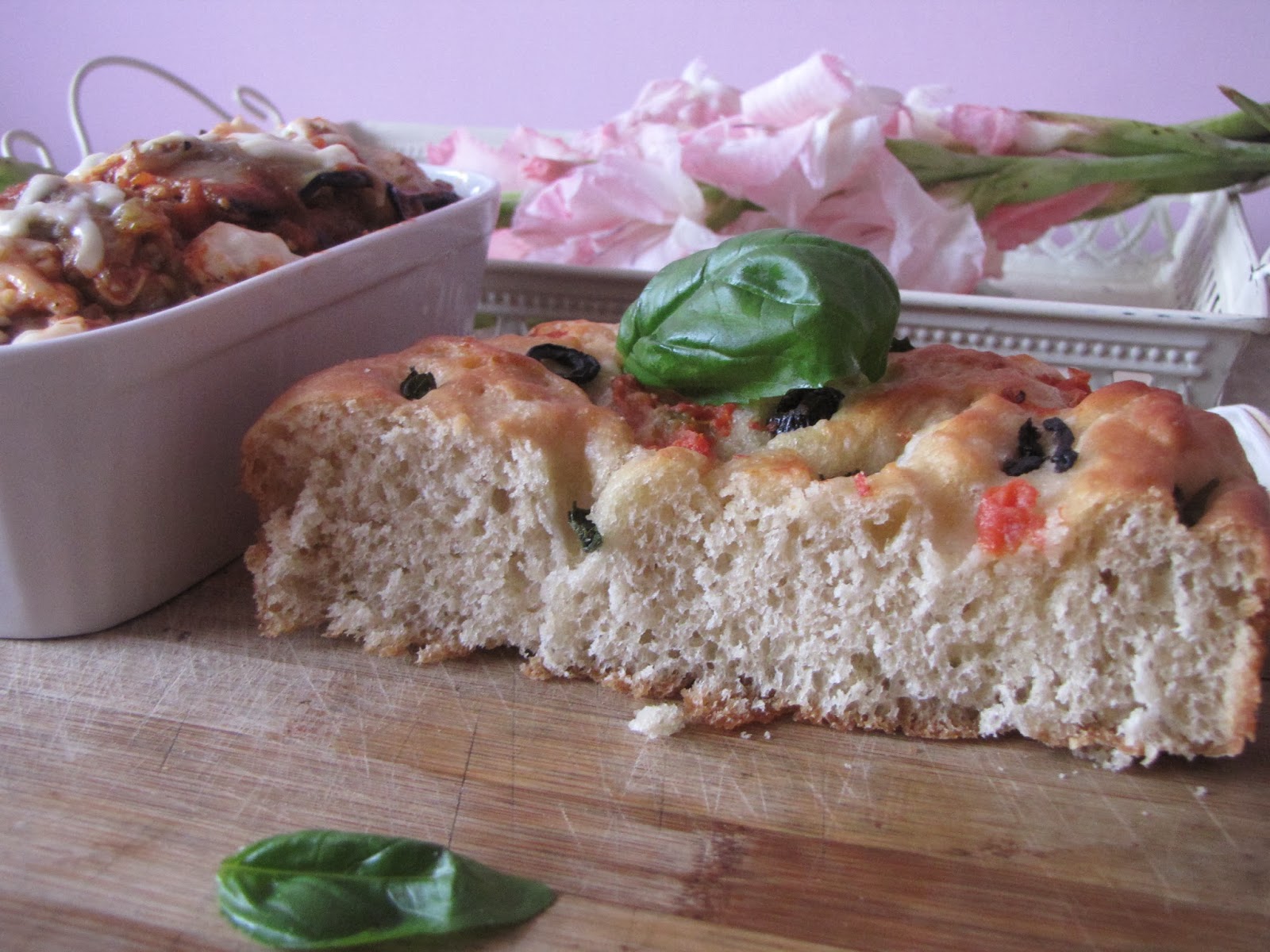 I had baked a focaccia bread and had some of it with the eggplant dish. The picture below shows the same dish I had made about a month ago using cheese slices. 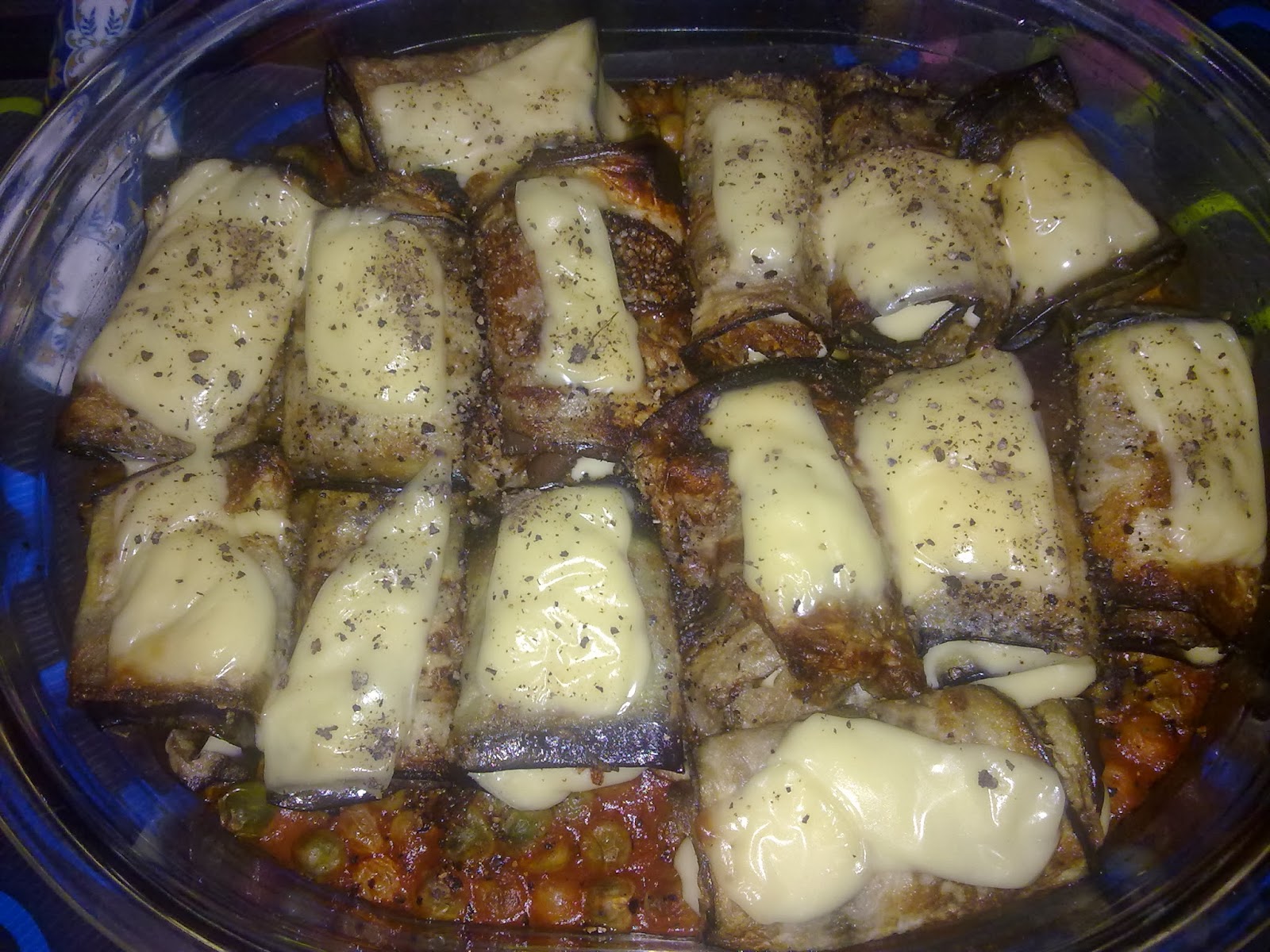 Thank you for stopping by today. 🙂