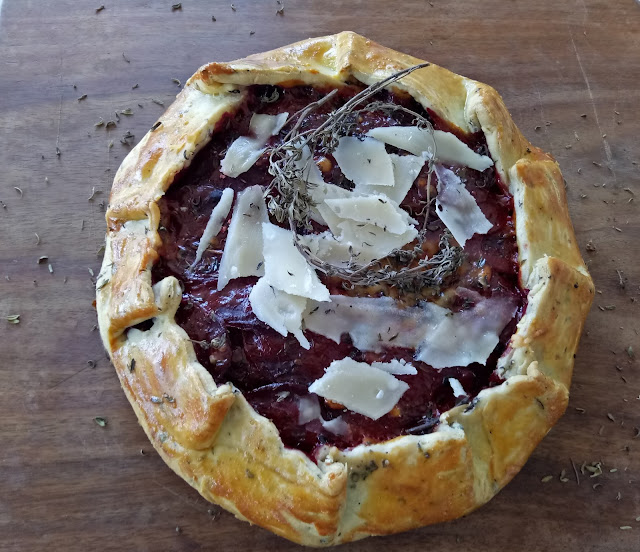 The other day with the wind and the rain our power supply was erratic. Particularly in the kitchen and two more rooms. I had bought some beets and the Parmesan cheese, a gift from my friend Christina from Germany, was waiting to be used. But without power for my oven, I decided to use my good old cooker. Years ago most of my cakes were baked in the pressure cooker. 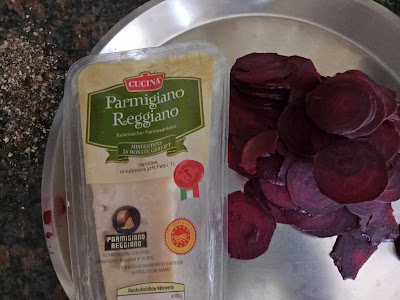 I couldn’t roast the beets. So they were boiled till done but with a little bit of bite still left in them. 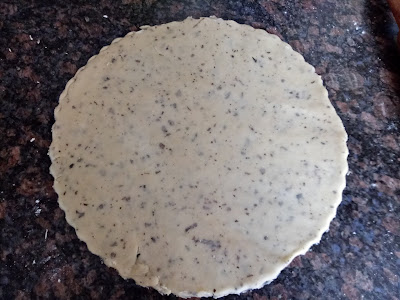 The pastry was made with one cup of flour and 50 grams of butter. To this I added some crushed dried basil. The basil was grown in my pots and the surplus that I snipped off before the flowering started were dried and stored. 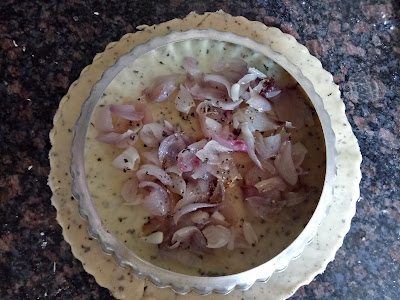 I roasted two medium onions in the cooker. They were wrapped in foil and I kept the flame at medium till the wonderful oniony smell filled the kitchen. They were taken out, cooled, peeled and sliced. The pastry, poor thing, had to rest on the counter as my fridge was dead! But it wasn’t as bad as the thought of not resting pastry in the fridge. If I can help it, I’d never do such a thing. I couldn’t have imagined doing it in the first place but I had to bake!! 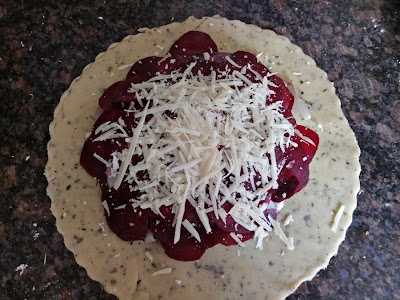 Surprisingly, the pastry was well-behaved and could be rolled out well. I scattered the sliced onions on its surface, layered it with some grated cheese, grated pepper and a dash of salt. Then the beet slices went in which was followed by more cheese and some seasoning. 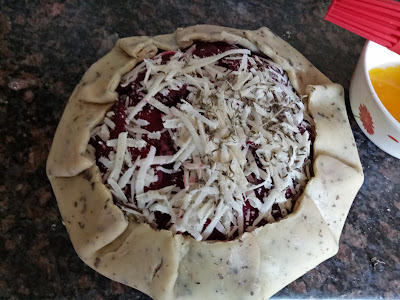 In the end I scattered some dried thyme on the surface. Then I folded the dough inwards and made some pleats, With a bit of egg wash it was ready to go into the oven cooker. The cooker was kept on a low flame earlier so by the time I was done with the rolling and the filling it was already ‘preheated’.
I used a couple of tart tin bottoms for the galette to sit on. The galette itself was placed on another ‘bottom’ of a tart tin so that made three layers. Then the lid was closed. The gasket was left on but the whistle was removed. It baked on a low flame for about 35 minutes. 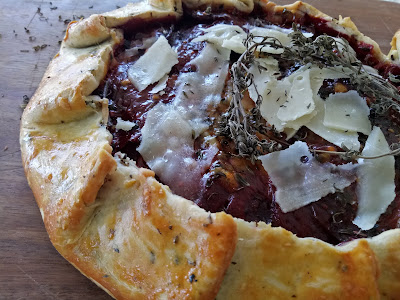 After it was done I took it out with the help of a steel spatula. It was placed on a wooden serving board. Some more cheese was shaved on top of the hot galette and a little more scattering of thyme was the finishing touch. 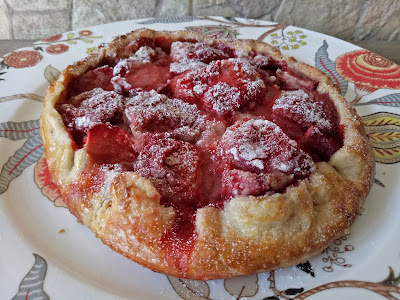 By the way, this strawberry galette was baked in the oven on Valentine’s Day. Looks-wise there isn’t so much of a difference, right? 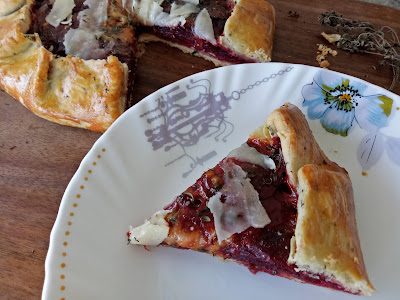 I couldn’t wait for it to cool down. And I didn’t make any other accompaniment. The combination of beets, onions and cheese was more than enough. Yum!