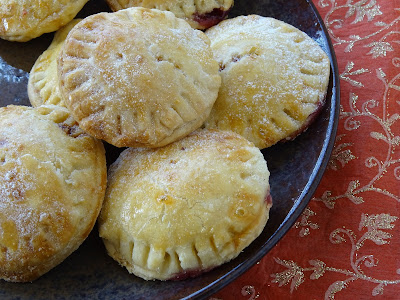 We have had a lot of rain in the past few days. An hour’s shower and our city gets flooded. Earlier the flooding never affected us so badly but since last year it’s been harrowing. Two rooms get flooded (the floors in the rest have been raised) and as I type this I can still get the smell that flood waters leave behind. Today’s post is about these cute pies I made about a week ago.

One great way of using up left-over pastry dough is to make them into these cutie pies. Filled with jam made from home-grown jamun fruits these little treats are such a delight! But I found out as started working on the pastry that it’s not so easy handling mini pies! 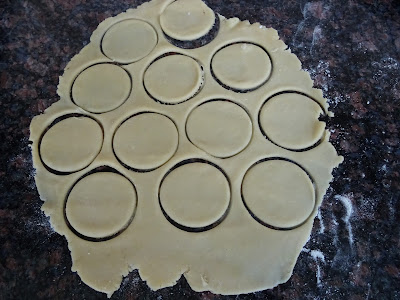 One needs to work very fast particularly in a climate as humid as ours. The dough warms up faster than you can handle it. But the thought of the finished pie and using up some of the jam kept me going.:) 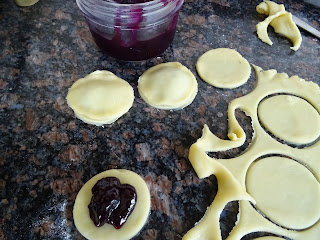 After rolling out the dough with a bottle cap, I placed about a teaspoon of the purple jam on the tiny disc. Then I placed another disc on top of the jam. The edges were moistened with water and a fork did the rest. The tightening and the designing. And the little holes in the middle to let the steam out. These were then brushed with egg and baked in a preheated 180C oven for about 15 minutes. 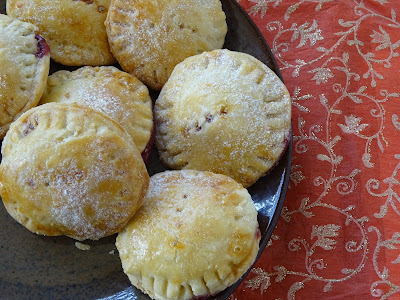 After they had cooled down for about 15 minutes, they were dusted with icing sugar. These go so well with tea or even in between. 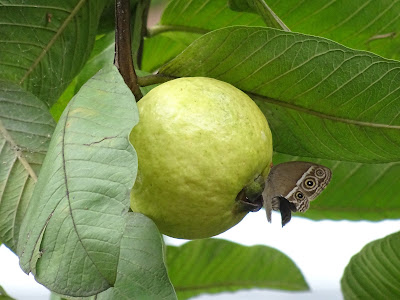 It’s now the start of the guava season and looking out of my kitchen window this is what I found on my neighbour’s guava tree.:)