Call them hand pies or turnovers, this is another wonderful way of using up leftover pastry dough and almond cream that might remain from previous baking. With hand pies, coconut is the most common option (with me) although I have baked them with vegetable dishes, much like the way I make my (breakfast) pies. The inspiration for this post again came from the book that I referred to in my earlier posts.

I did have some almond cream left over and since fillings can be mixed together for turnovers, I made a compote with what I had in the fridge. Three pears and a medium-sized apple were made into compote which I added to the almond cream. To give the mix a different taste and colour, I also added a handful of ground walnuts. This turned out to be the taste that was fit for the gods!

To make the hand pies roll out the pastry dough into discs. I used a plate to cut out the circles.
Whisk one egg yolk and set aside.
Brush the edges of the disc with egg. Place the filling in the centre.
Fold the pastry and seal the edges with your fingers. Use a fork to create a pattern as well as to make the edges more secure. (Despite that some of the filling refused to remain imprisoned).:)
Cut an apple into discs. Remove the pips leaving the apple slice with a star design in the centre.
Place one apple slice on the pastry with the egg yolk as ‘glue’.
Brush the pastry with the egg wash.
Bake in a preheated 180C oven till they turn golden brown. This may take about 18-20 minutes. 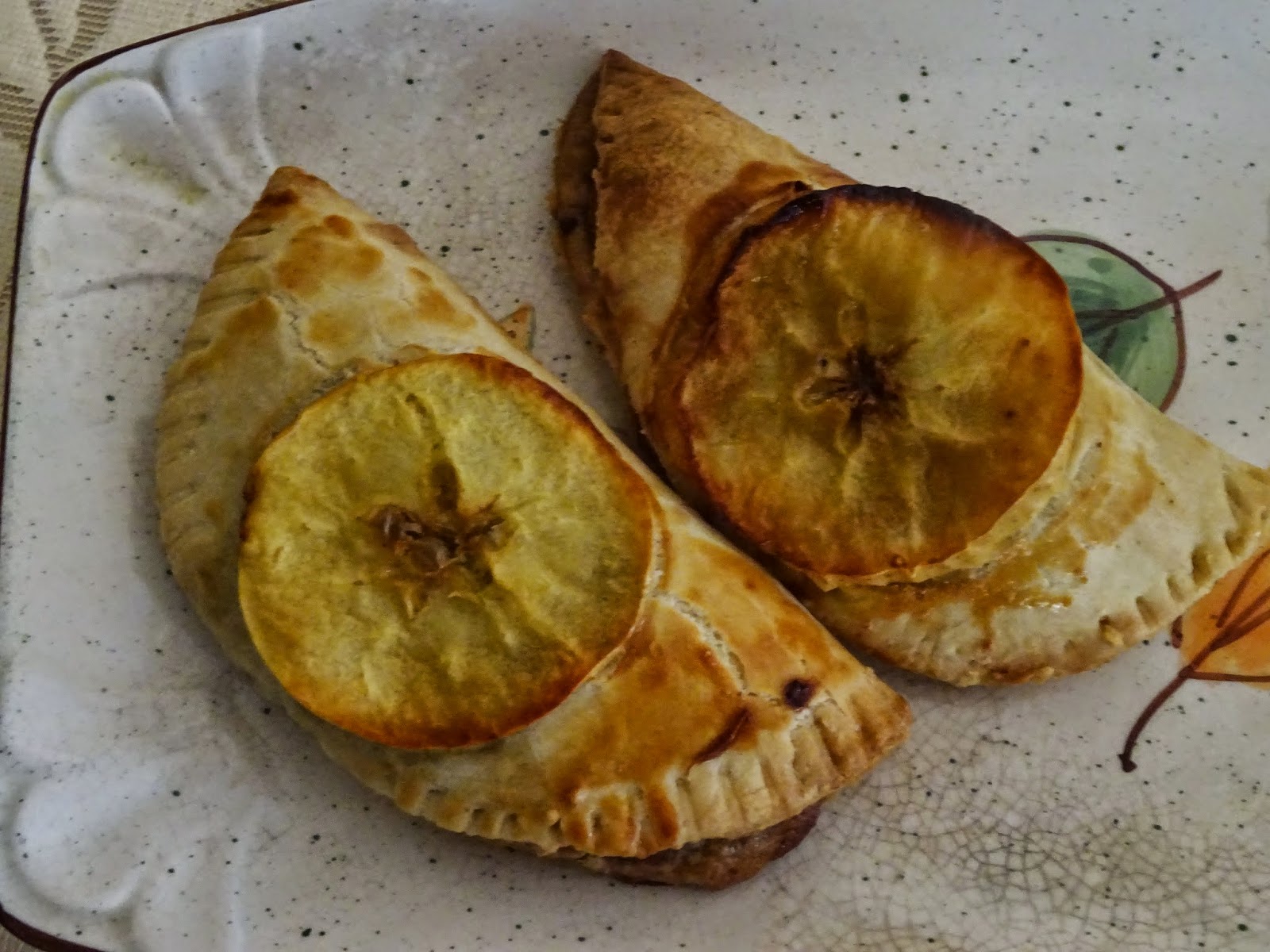 This is again another wonderful accompaniment to tea or coffee. If I hadn’t tried out this recipe, I’d never have known that almond/walnut cream with apple & pear compote could taste this good!