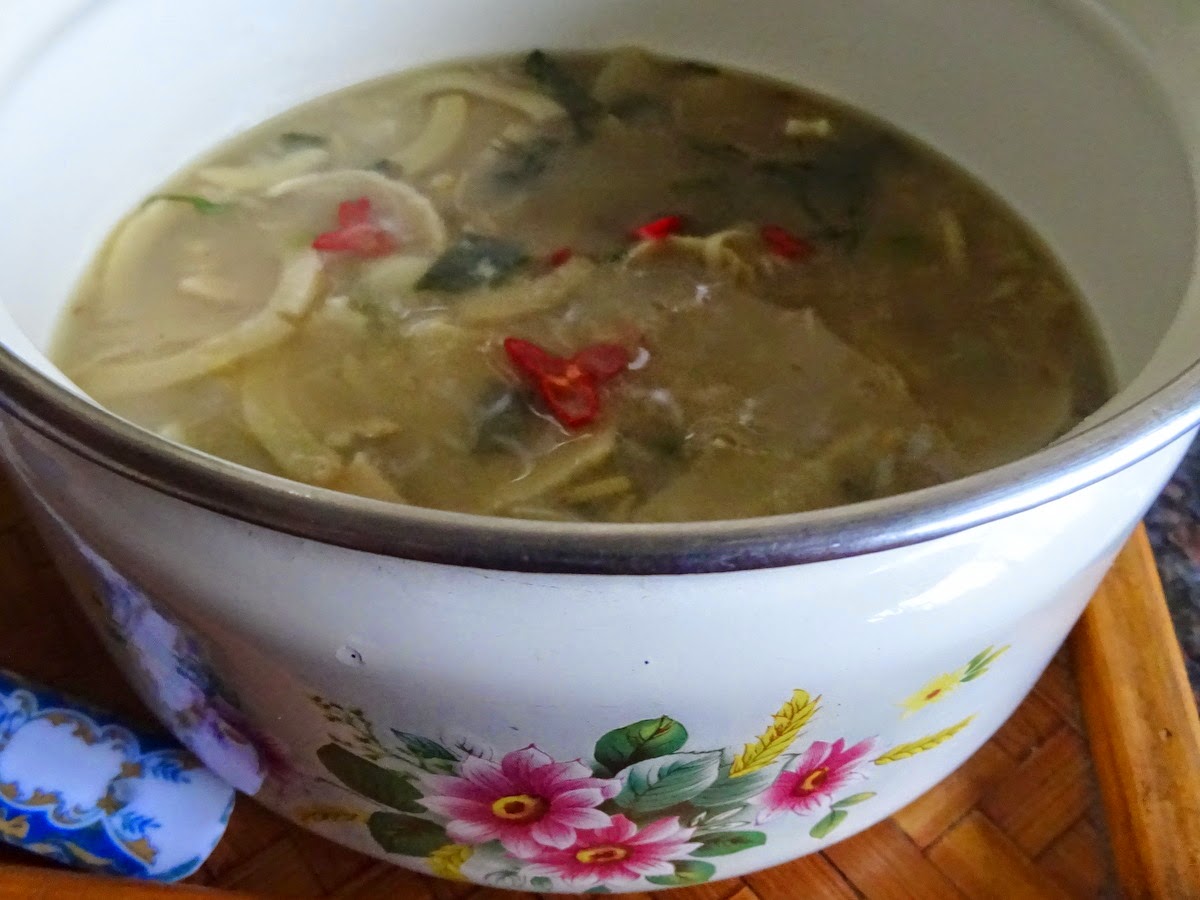 Cooking is more fun when you add your own twist to it. Like today. With the rain that showed no signs of stopping, I thought a filling soup would be just right. I had been flipping through an older issue of BBC Good Food magazine and came across a picture that I liked. It was a Goan soup called ‘Caldo verde’ and its main ingredients are potatoes, Goan sausages and spinach. It’s served hot with olives. With the ingredients I had in my kitchen today, I went ahead giving it a very North-eastern twist.
The ‘verde’ part comes from serrated coriander and I threw in a handful of bamboo shoots as well. For that bit of extra zing, a few thin slices of a hot chilli were used for the garnish. The seeds were discarded and the heat wasn’t so much as to knock you out but it made a statement! I chose to make this soup because it was so simple. Maybe on another day I’ll make the Goan version as well.
Ingredients:
3 potatoes, boiled, peeled, & cubed
1 medium onion, diced
2 cloves of garlic, diced
vegetable oil, 2 tbs
chicken stock, 2 cups
water, 4 cups
bamboo shoots, 1 cup, boiled
serrated coriander, 1 bunch, chopped
chicken salami, 10 (quartered)
salt to taste 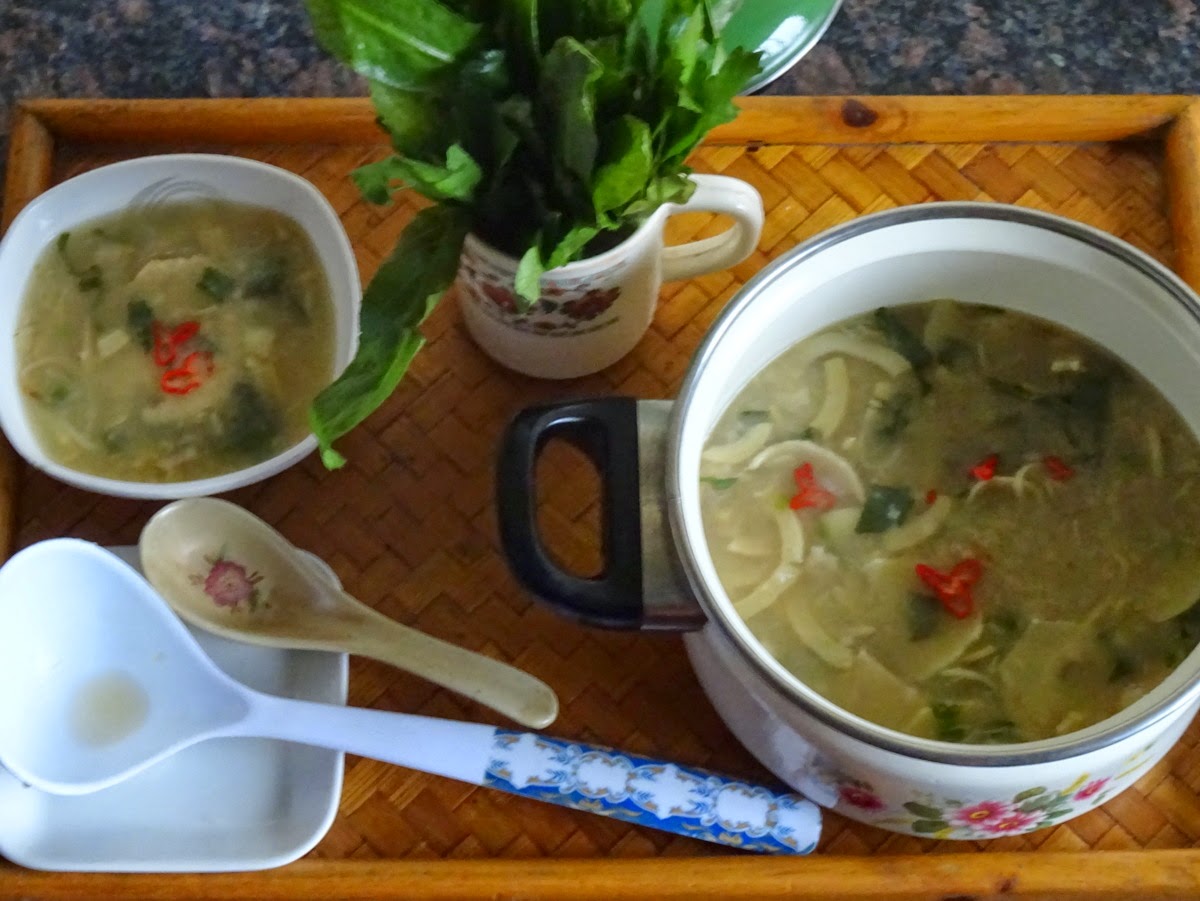 Blitz the potatoes with 2 cups of water in a mixer. Keep aside.
Heat the oil in a pan and lightly fry the salami. Remove and keep aside.
In the same oil, fry the onions and garlic. When the colour changes, add the bamboo shoots and fry for a few more minutes.
Add the rest of the water, the potatoes, the chicken stock and cook till the mixture thickens.
Then add the salami and the serrated coriander. Cook for a little while longer.
Before serving, chop a red chilli diagonally for garnishing the soup. Some more finely chopped serrated coriander can also be added.
This soup resembles our dishes where bamboo shoots are used. The salami I had in stock was of the same colour as that of the shoots. A pinker version would have stood out in this dish. Which is why I used the chillies as a garnish. No pepper was added as the stock was seasoned well.

Thank you for stopping by today. Do check out my Facebook page as well.