One of the most common leafy greens we consume is the amaranth. Although they grow throughout the year they are at their most prolific during this season. Even though my “growing space” is small, over the years I have left them in containers  and on the ground to reseed and proliferate. And I have been rewarded. They have sprung up like weeds and I have been using the leaves since the early part of this year. I left some untouched so that I could use the fleshy stems in dal and other curries, particularly with fish. 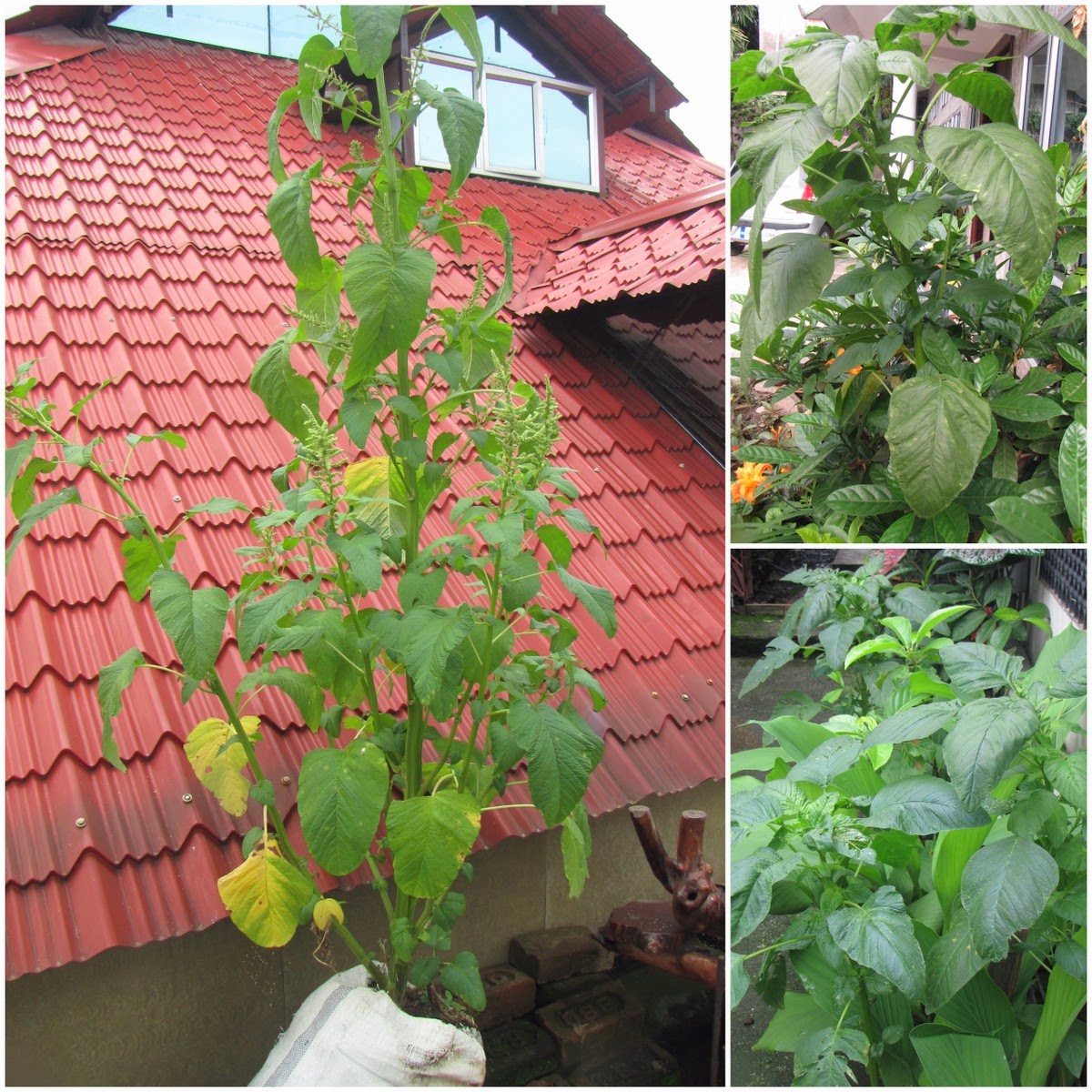 The collage shows the plants growing between the turmeric and the flowers. I had kept some soil in a cement bag to be mixed into other containers later but the amaranth grew the tallest here.:) The bag is on the terrace right outside our attic.

There’s a natural sweetness in the stems and they soften in no time at all. Apart from growing in weed-like proportions amaranth is also packed with a great deal of nutrients. Cooked amaranth leaves are a good source of  vitamin A, vitamin C and folate. According to Wiki, they are also a complementing source of other vitamins such as thiamine,niacin, and riboflavin plus some dietary minerals including calcium, iron,potassium, zinc, copper, and manganese. The most common varieties in our region are: A. spinosus (the dwarf variety), A. gangeticus (the red ones), and A. viridis (green amaranth). The last one is what I grow/use.

For this recipe I cut off two plants a little above the roots. You choose the point where the knife cuts through easily. The leaves were kept aside to be used for another dish. I peeled off the outermost layer from the stems and cut them into one and a half inch pieces. The dal was cooked in the usual way.  I fried the stems in a bit of oil with grated onions, coarsely ground chilli powder, grated ginger, turmeric, a bit of coriander powder and some salt. After the amaranth stems were done, I poured the cooked dal into the pan and let it cook for a few minutes. Then the contents were transferred to a serving bowl and garnished with chopped ginger leaves.