Summer is the only time of the year when I get to relish the fruits of my labour! It starts with the jamun/Indian blackberries in mid-June. The mangoes also start to ripen and after a short gap it’s time for guavas! But an added bonus is that the bananas in my small patch is also ready to be cut and brought inside to ripen. My next few posts are likely to be about my harvests. Starting with the berries of course. These were picked yesterday and neat packets of the choicest, unblemished, and the darkest purples were sorted and sent to friends and relatives. Now I can try out my recipes for better or worse!
It’s also due to of lack of space that I haven’t planted trees that bear fruits in winter. Only huge gardens can boast of  tamarind or jujube trees.

I had kept one particular issue of BBC Good Food magazine aside since that one had a section on jamun and mulberries. The jam that I made is from the magazine. It’s only in recent years that I have used this fruit in cooking. For years, right from childhood we had the fruit uncooked delighting in its purple-ness, comparing whose mouth was stained a shade richer or lighter, picking the darkest and ripest ones as the berries have an astringent quality and the ripest ones are the sweetest.

As you can see from the first picture the fruits are oblong. They are green at first then turn pink and finally to purple. In alternative healing, the seeds (dried and powdered) are believed to reduce blood sugar. According to Wiki, the leaves and bark are used for controlling blood pressure and gingivitis. Indian blackberry is a rich source of vitamin A and vitamin C. 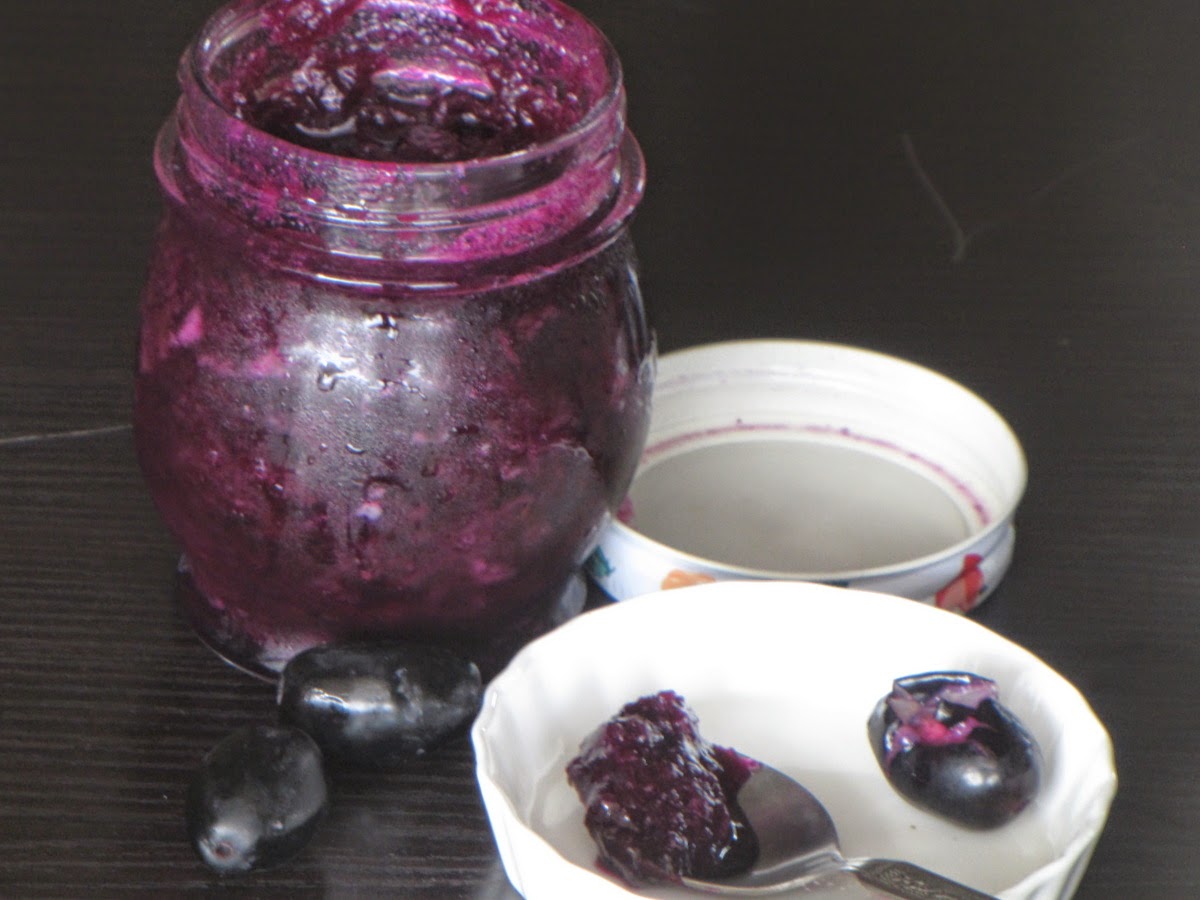 I’m not so much into jams but this is special.  I’m most likely to use this purple goodness in baking. The only thing where I did not stick to the recipe was that I did not remove the skin as I have a feeling it’s not going to last long. Yes, I have plans!! As for the sugar, the next time I make it I’ll have to reduce the quantity. It’s true that cooking the fruit reduces its inherent astringency so I’m truly happy with my bottle of jamun jam.