With cherries in season the first thought was..a cherry pie! Dark and luscious with all the goodness of fruits that come in shades of maroon and purple. I had some pastry dough left over so I made two little pies. 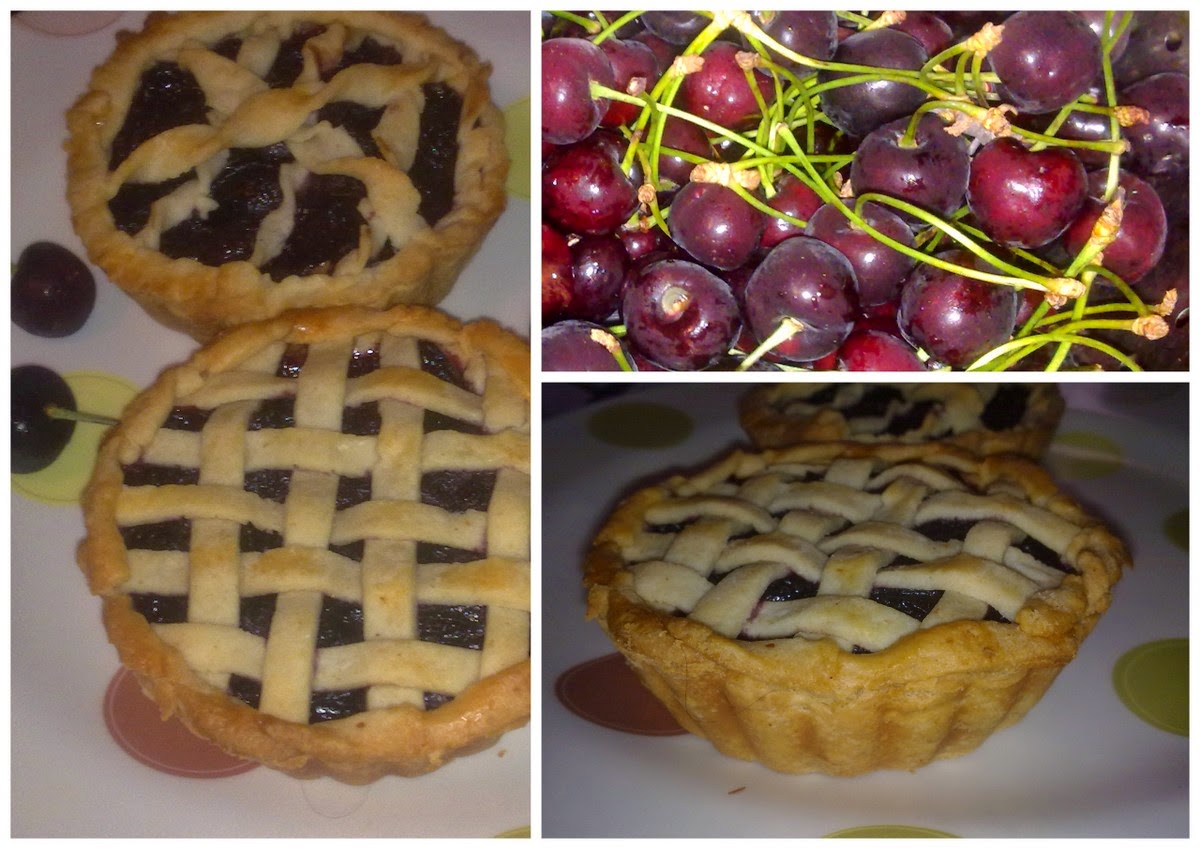 The cherries:
Wash and drain in a colander. Pat dry with a kitchen towel. Remove the stems and the pits. I don’t have/use a cherry-pitter but I had heard that  chop sticks come in handy for this job. I used the thinner end of a chop stick to push the seed out. Voila, it came out neat. Continue with the rest of the cherries adding the pitted ones to a pan. I had bought 500 grams but some of them went into tasting!

Put the pan on the stove with some sugar, 2 tablespoons of lemon juice, a tablespoon of vanilla essence, and a teaspoon of grated lemon rind. Cook till the cherries turn a little soft but not mushy. There was a lot of liquid so I drained the cherries and got half a glass of purple sweet juice.
Then I checked the sugar, added just a wee bit more and also mixed in a tablespoon of flour so that the pies wouldn’t turn soggy.
The Pies:
While waiting for the filling to cool down, I rolled out the pastry and lined my small tins. They went back into the fridge right after and sat there for another fifteen minutes.

Then they were taken out and the beautifully luscious filling went in. I made the decorations with some lattice work before they were given a generous egg-wash and off they went into a preheated oven to emerge beautifully browned and oozing cherry goodness!

Cooking is therapeutic but baking pies, more so. I love creating the lattice. The pictures in the collage show the pies I made and carried for a friend and for my sister-in-law. One was filled with orange marmalade and the other had a filling of fish and sweet potatoes.

Thank you for stopping by today. I hope you check out my Facebook page as well.:)